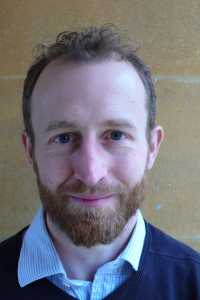 We are pleased to announce the appointment of Dr Timothy Hodgetts as the Kadas Senior Research Fellow in Geopolitics (Wildlife Conservation), who joined Worcester College on 1 April. He will be based at the Wildlife Conservation Research Unit (WildCRU) in Tubney House. 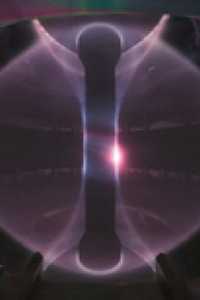 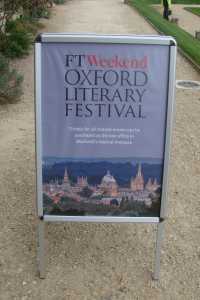 Sylvia Mathews Burwell (1987, PPE), an Honorary Fellow of Worcester College, has been appointed President of American University in Washington, D.C. She will become the fifteenth president of the University, and will be the first woman to hold the post. Mrs Burwell was previously the Health and Human Services Secretary during the Obama administration, and has worked with charitable organisations including the Bill and Melinda Gates Foundation. She will take up her new role on 1st June, succeeding Neil Kerwin. 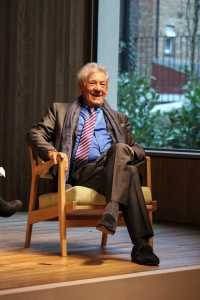 To celebrate the new Sultan Nazrin Shah Centre, on Wednesday 8th March Sir Ian McKellen, who is a Distinguished Visiting Fellow of the College, introduced a screening of his gripping modern-dress film of Shakespeare's Richard III. The viewing took place in the Tuanku Bainun Auditorium, and after the film, Sir Ian took part in a question and answer session, which was chaired by Georgia Figgis (2013, English), the President of Buskins.

To read more about the Provost’s poetry collection and see another short film, go to https://unbound.com/books/the-shepherds-hut.

Here are Amazon links for the books mentioned, but, if you can, please buy from your local independent bookseller:

Holly Muir, a 2016 graduate of Worcester College in Fine Art, will be the first ever Sachs Scholar at Princeton from Worcester. Shannon Osaka ‘17, an independent major whose passion for research at the intersection of climate science and the social sciences is just too big to fit within any single Princeton department, will be the Worcester Scholar.

Worcester College is delighted to announce that Sir Ian McKellen CH has been elected as a Distinguished Visiting Fellow for an initial period of three years. He will come to College twice a year, when there will be "in conversation" events and masterclasses for the benefit of students. Sir Ian is working with the Provost, Sir Jonathan Bate, on a project to create iPad Apps that will make Shakespeare freshly accessible to young people. The pilot App, The Tempest, with Sir Ian as Prospero and his longstanding fellow actor Sir Derek Jacobi as Gonzalo, has recently been released:

Since the birth of civilisation, human beings have manipulated other life forms. 'Redesigning Life' explores how scientists are editing genes using molecular scissors, with new technology of genome editing being applied to practically any species of plants and animals. These powerful new technologies can lead to revolutionary developments but also raises important ethical dilemmas and potential dangers.

Dr Edmund Rubbra, former Fellow and Tutor in Music and Honorary Fellow of Worcester, is BBC Radio 3's Composer of the Week. Listen to the first programme here.