Worcester’s Access and Admissions Officer, Charli Hopkins, visited Beckfoot School in Bradford on 24 January. She went into the classroom to encourage students to consider applying to Oxford, and to promote broad and curious thinking. Around 50 students, currently in Year 12 and from four different schools, took part in the workshop. She took them through a range of interesting academic material and challenging questions by using Oxplore, the University’s first digital outreach portal.

Read more
Sultan Abdullah of Pahang (1979) elected as new Malaysian king
24th January 2019
Malaysia has elected Sultan Abdullah of Pahang as its new king after the abdication of the previous monarch. Sultan Abdullah studied at Worcester in 1979. According to news reports, he is expected to be sworn into his new role on 31 January. See: www.bloomberg.com/news/articles/2019-01-24/malaysia-chooses-new-king-after-previous-monarch-steps-down
Read more
Old Member Richard Heaton is knighted in New Year honours
4th January 2019

Our congratulations to Richard Heaton, Permanent Secretary at the Ministry of Justice, who has been made a Knight Commander (KCB) of the Order of the Bath in the New Year honours list of 2019. Sir Richard studied at Worcester College from 1984 to 1987, taking a BA in Law.

He was appointed a Companion of the Order of the Bath (CB) in the Queen's Birthday Honours of 2011. This year Sir Richard received an even higher award in the same Order in recognition of his public service. 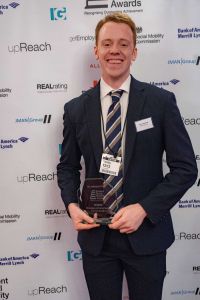 Efforts by Worcester medical student Tom Gardiner to help others access higher education have been recognised at a national awards ceremony. The charity upReach presented him with the Biggest Champion of Social Mobility award at the inaugural Student Social Mobility Awards held at the House of Lords last month.

The Awards aim to showcase the outstanding achievements of students from less advantaged backgrounds, as well as marking the achievements of those who have made a significant contribution towards enabling others to succeed.

We're delighted to announce the first-ever online version of The Record.  Please follow the link below to view online: http://online.fliphtml5.com/wffb/kxta/

We look forward to your feedback. We have a limited number of hard copies available; if you would prefer one, please do let us know as soon as possible.

Read more
A seasonal message from the Provost
20th December 2018 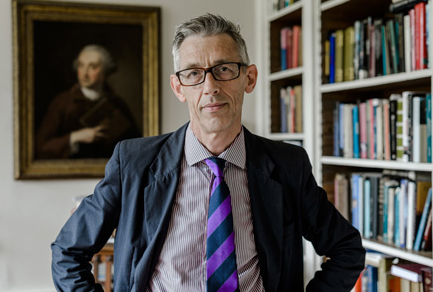 Classics student Molly Daunt has been named as a recipient of the Daniel M Sachs Class of 1960 Graduating Scholarship. Molly, who is in her final year at Worcester College, will be a visiting student in the Graduate School at Princeton University, studying classics with a particular interest in the ancient world.