We're starting the new year with excellent news from two of our recent Master's students and their prize-winning research. Jack Nunn and Paula Odenheimer have been awarded prizes by the Faculty of Medieval & Modern Languages for their outstanding MSt dissertations, both of which were judged to be the best in their fields. 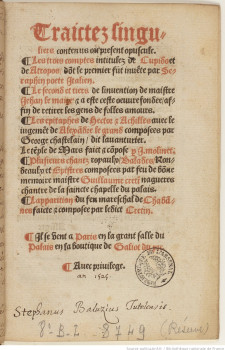 Jack, who completed his BA in French at Worcester before taking on the MSt, was awarded the Gerard Davis Prize for the best dissertation on French literature. His research examined an anthology of poetry published by the prolific French bookseller Galliot Du Pré in 1526 and which, for almost a century, has remained a mystery to scholars. Jack's archival work and literary analysis provided new answers about the anthology — Traictez singuliers — including its production context, contents, and purpose. He was able to shine a light on the work and discover its status as a memorial to Guillaume Cretin, a Parisian poet who died three months before the anthology's publication.

Jack has now started a DPhil in Oxford and moved to Exeter College to take up their fully-funded Besse Studentship. His doctoral thesis will expand on this MSt research, focussing on the role of anthologies as a medium of publication and the literary production of the Grands Rhétoriqueurs, a network of late-medieval French writers renowned for valorising technical difficulty. 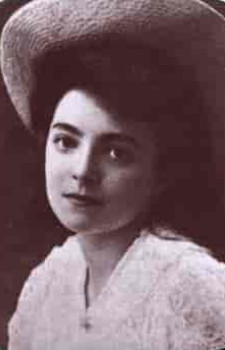 Paula was awarded a Faculty Prize for the best dissertation on German literature. Her research investigated the twentieth-century German-Jewish poet Nelly Sachs and her conceptualisation of Heimat (home) created from her exile in Sweden. Despite winning the 1966 Nobel Prize, scholars have often cast Sachs as a melancholy writer or neglected her completely. Paula was keen to restore the poet's agency: at the Deutsches Literaturarchiv Marbach she was able to research Sachs' personal correspondence and discover a new piece of writing to include in her dissertation. Her research also offered a close reading of poems from the 1959 collection Flucht und Verwandlung and explored Sachs' use of the term "meridian" to encapsulate her conception of Heimat not as a fixed place of origin but as a transformational space.

Cover image: Nelly Sachs' cabin and typewriter at the National Library of Sweden.