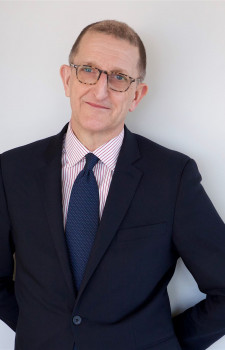 After attending King Henry VIII Grammar School in Abergavenny, which became a comprehensive when he was in the third form, David went on to read Law at Trinity Hall, Cambridge.  He undertook postgraduate studies in Socio-Legal studies at Wolfson College, Oxford, before qualifying as a solicitor.

He was a partner in Pinsent Masons LLP for many years, where he held a number of senior positions.  During his career he specialised in advising clients on contract law matters and acted for HM Government and many other FTSE 100 and 250 companies.

Throughout his career David has also been involved in many other activities in the arts, human rights and education.  He is the former Chair of the Equalities and Human Rights Commission of Great Britain, Chair of Stonewall and Chair of Modern Art Oxford.  He was also a director of the Diana Princess of Wales Memorial Fund, the Human Dignity Trust, the Big Lottery and 14-18 NOW.  He is the current Chair of Governors at the University for the Arts London.

David is a passionate supporter of the visual arts, as well as a keen mountain walker, swimmer, gardener, cook and beekeeper.