The 2019 David Bradshaw Creative Writing Residency is the result of a collaboration between the Complete Works of Evelyn Waugh project, Worcester College, Oxford, and the Bodleian Library. Supporting the creation of new work, the Complete Works project is funding one full-time residency (based at Worcester College and the Weston Library) and one part-time residency (based at the Weston Library) in Oxford, from 18 April – 4 June 2019.

The David Bradshaw Creative Writing Residency gives the resident writer(s) the chance to create a piece of writing evoked by or in response to Oxford, as experienced in 2019. Throughout their residencies, the resident writers aim to develop relationships with the local Oxford community through the delivery of a series of creative writing workshops, allowing them to share and develop their insights into a variety of experiences of the city.

The Complete Works of Evelyn Waugh project is supported by the Arts and Humanities Research Council (AHRC) and will culminate in the publication, by Oxford University Press, of all of Waugh's writings and graphic art in 43 volumes.

The late Professor David Bradshaw from Worcester College and Professor Martin Stannard from the University of Leicester successfully bid for AHRC funding for the project, which was initiated by Alexander Waugh, Waugh's grandson. 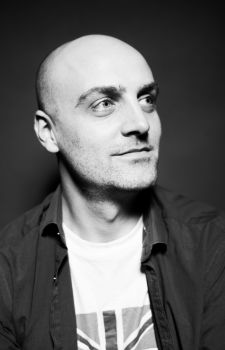 Robert is a writer from Dudley, who completed his PhD at the University of Wolverhampton, where he is a lecturer on the Creative and Professional Writing degree course. He has written four poetry chapbooks: Transitions (The Black Light Engine Room Press, 2015); Orpheus (Lapwing Publications, 2016); Corvus' Burnt-Wing Love Balm and Cure-All (Black Light Engine Room, 2018); and Lamella (Original Plus Press, 2019). Next year promises to be even busier for Robert as Smokestack Press is due to publish his first full collection and his debut novel will be released with Wild Pressed Books.

Read more about Robert and his work through his website

Robert hosted a number of events during his residency.