James Campbell, who died on 31 May, was one of the most distinguished and influential historians of his generation. A polymath, with an astonishing knowledge of an extraordinary range of subjects and a taste for the recondite and the bizarre, he started research on the Anglo-Scottish border in the fourteenth century, but his most abiding love was the history of Anglo-Saxon England, its economy, institutions, and its great historian, Bede.

Funeral arrangements for Professor James Campbell have now been confirmed. The service will take place on Thursday 16th June at 1.30 p.m., at St Mary’s Church, Cogges, Witney OX28 3LA, and will be followed by a private cremation.  Refreshments will be available after the service in the Church Hall, which is adjacent to the Church.

Please find directions for the Church via the parish website.

We are saddened to report the death of Professor James Campbell, who passed away peacefully at his home yesterday, aged 81. Professor Campbell, who had been an Emeritus Fellow since 2002, joined the College as a Tutorial Fellow in History in 1957, after holding a junior research fellowship at Merton College. Whilst at Worcester he served as Fellow Librarian from 1977 to 2002 and Senior Tutor from 1989 to 1993. Professor Campbell was Senior Proctor at the University of Oxford from 1973 to 1974 and was an elected Fellow of the British Academy.

Lord Asa Briggs, who served as Provost from 1976 to 1991, has passed away at the age of 94. Lord Briggs was elected a Fellow of Worcester College from 1945 to 1955, after receiving a BA from Sidney Sussex College, Cambridge. He was closely associated with the University of Sussex, serving as Vice-Chancellor between 1967 and 1976, and was Chancellor of the Open University from 1978 until his retirement in 1991. Lord Briggs was made a life peer in 1976 as Baron Briggs of Lewes, and sat as a crossbencher in the House of Lords.

The 2016 Worcester Telethon took off on Monday night, with our student callers making their first calls of the Campaign. For the next two weeks the calling team, comprising of nine of our friendliest undergraduates and postgraduates, will take to the phones to speak to Old Members about life after Worcester, seek careers advice and share stories about the College.

The BBC adaption of Wolf Hall, which was directed by Peter Kosminsky (1976, Chemistry) and recently featured in the College magazine, has won the award for Best TV Movie or Miniseries at the 2016 Golden Globes.

Peter said: "I'm incredibly proud of our wonderful cast and crew - and of the BBC, Ben Stephenson and Polly Hill, who took a chance on an unusual approach and backed us every inch of the way... Thank you to the Hollywood Foreign Press Association for doing us this incredible honour."

Dr Nnamdi Dimgba (2000, Law) was sworn in to the Nigerian Bench as a Justice of the Federal High Court on 2nd December 2015. Honourable Justice Dimgba, as he will now be addressed, read the BCL at Worcester and began his career at Arthur Andersen Nigeria after being called to the Bar. He then joined Olaniwun Ajayi LP as a Senior Associate and Head of the Enterprise Practice Group. For further details on his appointment and career, please click here. 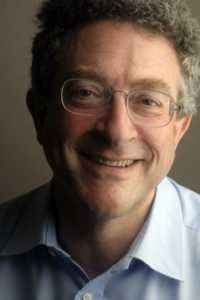 Professor Robert Saxton's Sonata for Brass Band on a Prelude of Orlando Gibbons has been shortlisted for a 2015 British Composer Award. The piece was commissioned by Peter Bassano for the City of Cambridge Brass Band, with funds provided by the Golland Trust and the RVW Trust. The first performance was given by the City of Cambridge Brass Band, conducted by Peter Bassano, on 16th November 2014.

Professor Robert Saxton was inducted as an Honorary Fellow of St Catharine's College, Cambridge last weekend at a ceremony in the college chapel. Professor Saxton writes:

To celebrate the publication of his new book Ted Hughes: The Unauthorised Life, The Provost, Sir Jonathan Bate, will be speaking at the Mathematical Institute, Radcliffe Observatory Quarter, Woodstock Road on Friday 16 October, from 6 - 7pm. He will be joined by Seamus Perry and Oliver Taplin to discuss life-writing, poetry and the poet.