College members who died in 1940

Geoffrey Walter Hewett was born at Hampstead in London on 19 July 1910, the son of Rose (née Alderton) and Walter Hewett, a solicitor. He was educated at Mr A. North’s School at Warren Hill, Eastbourne, and then at Clifton College from 1924 to 1928 where he played for his house and the school 2nd cricket XI.

Geoffrey Hewett entered Worcester College on 11 October 1929, and was a member of the College Cricket XI, and the Oxford University Officer Training Corps. He achieved 3rd class honours in Modern History in 1932 and subsequently became a solicitor with his father’s firm of Devonshire, Wreford, Brown, Hewett, Baggallay & Co. On the 30 May 1932 he was commissioned as a 2nd Lieutenant in the 63rd (6th London) Field Brigade, Royal Artillery (TA) and he was promoted to Captain on 19 March 1938. That year he married Frances Lodge.

Geoffrey Hewett was mobilised on the outbreak of war and went with his unit to France in November 1939. Major Geoffrey Hewett was killed by artillery fire on 27 May 1940 at Ploegsteert Wood in Belgium during the retreat to the coast. He was 29 years old.

Geoffrey Hewett is buried in Bedford House Cemetery in Belgium and commemorated on the war memorials at Clifton College and Worcester College, Oxford. 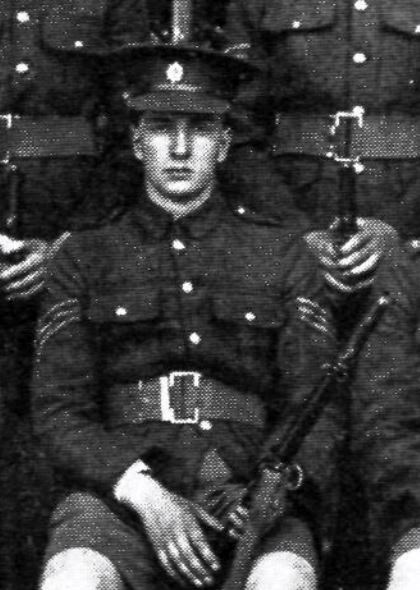 John Ker Cross was born in Shropshire on 24 August 1911, the son of Lily (née Pinckney) and James Hamish Cross, a civil engineer and managing director of a quarry. He was educated at Bromsgrove School from 1925 to 1930 where he was a member of the Officer Training Corps and the Shooting VIII; he represented the school at Bisley in July 1930. He was also a member of the School Debating Society.

John Cross entered Worcester College, Oxford, on 10 October 1930, but left without taking a degree. He worked as a chartered accountant before his commission as a 2nd Lieutenant in the Highland Light Infantry on 9 March 1940. His battalion was posted to France, where they were based when the German attack on France and the Low Countries began on 10 May 1940, and formed part of the rear-guard for the British retreat to the coast. On 29 May 1940 they came under attack from enemy tanks and mortar fire at the village of Rexpoëde, to the south-west of Dunkirk, and Second Lieutenant John Cross was killed in action, aged 28.

John Cross is buried at Rexpoëde Communal Cemetery and commemorated on the war memorials at Bromsgrove School and St John’s Church, Ditton Priors. He does not appear on the Worcester College memorial as the College did not learn of his death until 1952. 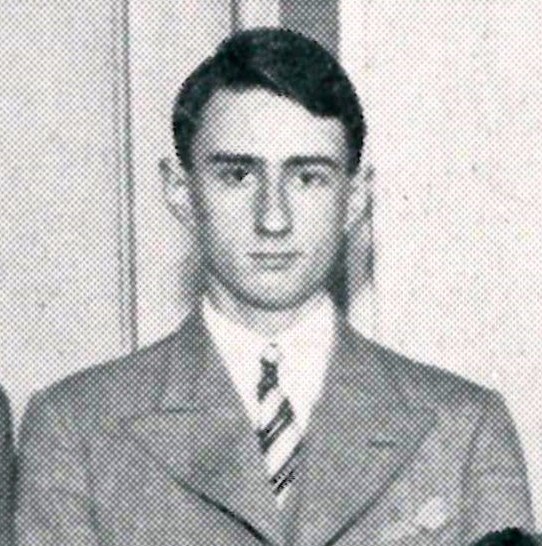 Alfred Highfield Warren was born on 22 May 1917, the son of Agnes (née Highfield) and Alfred Warren, a master grocer. He was educated at Nottingham High School from 1929 to 1936, where he was a prize winner for modern languages and history. He entered Worcester College, Oxford, on 9 October 1936 and achieved 3rd class honours in Modern History in 1939.

Alfred Warren was commissioned as a 2nd Lieutenant in the East Yorkshire Regiment on 15 October 1939 and was posted to the 2nd Battalion of his regiment. He joined the Battalion in France. On 30 May 1940 Lieutenant Alfred Warren was killed in a defensive action at the Yser Canal near the village of Dixmunde in Belgium, aged 23.

Alfred Warren is buried at Wulpen Churchyard in West-Vlaanderen, Belgium. He is commemorated on the war memorials at Nottingham High School and Worcester College, Oxford.

Richard Melville Smith was born on 23 September 1917, the elder son of Elizabeth (née Morrisson) and Robert Smith MBE, an electrical engineer. During the early part of his life his family lived in Hong Kong. Richard Smith was educated at Bromsgrove School from 1931 to 1936,  where he was awarded his sports colours in July 1935, and served in the School’s Officer Training Corps. He entered Worcester College, Oxford, on 9 October 1936, and achieved 3rd class honours in Jurisprudence in 1939.

Richard Smith joined the army in 1939 as a Sapper in the 225th Field Company Royal Engineers, who embarked for overseas service on 14 January 1940, arriving at Le Havre in France that evening. On 10 May 1940, when the Germans invaded France and the Low Countries, the unit was at La Madeline on the Belgian border. They joined the retreat to the coast a few days later, and were subsequently evacuated from Dunkirk, but Richard Smith was among the missing. Sapper Richard Smith was later determined to have been killed in action between 31 May and 2 June 1940, aged 22.

Richard Smith is commemorated on the Dunkirk Memorial, and on the war memorials at Bromsgrove School and Worcester College, Oxford. In 1942 his family donated his law books to the College Law Library. 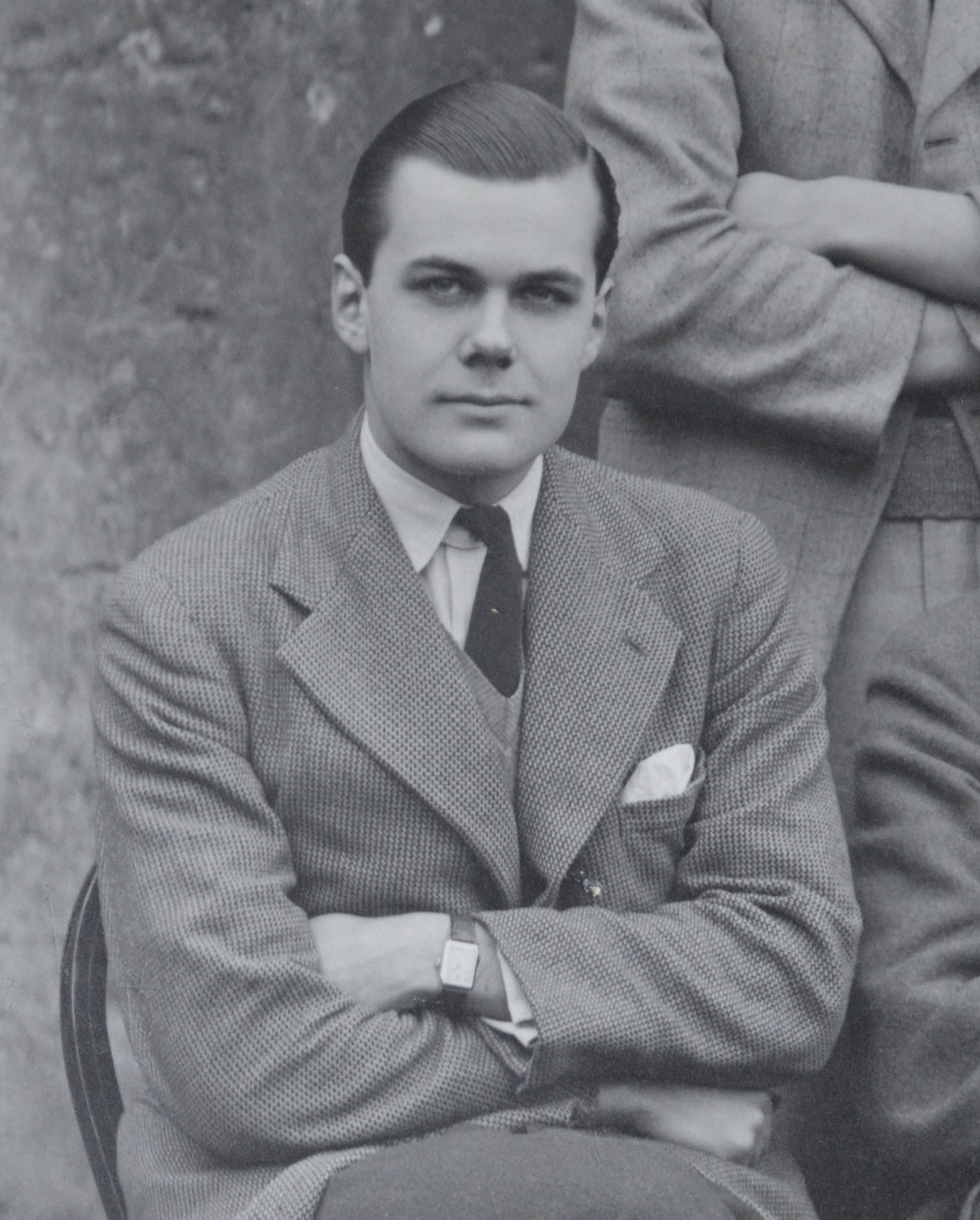 Patrick Armigel Wade was born in Alton, Hampshire on 24 November 1918, the elder son of Dr Richard Wade MD and Constance (née Lord). He was educated at Charterhouse School from 1932 to 1937 and entered Worcester College, Oxford on 8 October 1937. While at Worcester he was a member of the College Boat Club and rowed in the 2nd Torpid in 1938. He did not return to the College for his third year as he was expecting to be called up.

Officer Cadet Patrick Wade died on 29 July 1940 at Lulworth Camp in Dorset while undergoing officer training with the Royal Armoured Corps. He was 21 years old.

Patrick Wade is buried at Holy Rood Church, Wool, in Dorset. He is commemorated on the war memorials at Charterhouse School and Worcester College, Oxford.

Alexander Henry Muirden, known as Sandy, was born in India on 22 August 1919, the only son of Constance and Alexander Muirden, a civil engineer with the Indian Railways. He was educated at Loretto School from 1932 to 1937, where he was a house prefect and served as a Corporal in the School Officer Training Corps.

Sandy Muirden entered Worcester College on 8 October 1937 to study Forestry, and won the Coopers Hill War Memorial Prize as “the most meritorious student completing his course of training ... during the years 1939-41”.

Sandy Muirden was commissioned as a 2nd Lieutenant in the Royal Engineers on 13 December 1939 and was posted to Folkestone. On 21 October 1940 2nd Lieutenant Alexander Muirden was killed at Greenwich in London while defusing a bomb in an air raid. He was 21 years old.

Michael Gervase Ham was born on 8 November 1917, the son of Hilda (née Haslam) and the Reverend Herbert Ham, later the first Provost of Derby Cathedral. He was educated at Bramcote School and then at Winchester College from 1931 to 1936, where he was Captain of the College Fencing Team, with whom he won the Kirby Cup in 1934 and 1936. He was also an accomplished draughtsman, winning the Headmaster’s Prize for Art, and had intended to make his career in the art world.

Michael Ham entered Worcester College on 9 October 1936, and was a member of the College Boat Club, rowing with the 1st Torpid and 2nd Eight in 1937. He achieved 3rd class honours in English in 1939. After leaving Oxford Michael Ham enlisted in the Royal Air Force Volunteer Reserve where he trained as a pilot and rose to the rank of sergeant.

On 29 November 1940 Michael Ham and his crew took off from RAF Bicester for a formation flying exercise. Shortly after take off the aircraft’s port engine failed and it crashed, killing the Observer and Sergeant Michael Ham, who was 23 years old.

Michael Ham is buried at Dethick Lea and Holloway Cemetery, Derbyshire, and is commemorated on the war memorials at Winchester College, and Worcester College, Oxford.