Norman Hartley was educated at Bromsgrove School and won a scholarship to Worcester College in 1917, however his service commenced in February of that year before he could matriculate. He served in France with the Royal Field Artillery. Second Lieutenant Norman Hartley was killed in action near Marcoing on 20 January 1918.

Unfortunately the College has no photographs of Norman Hartley.

Unfortunately the College has no photographs of Ronald Hooper. 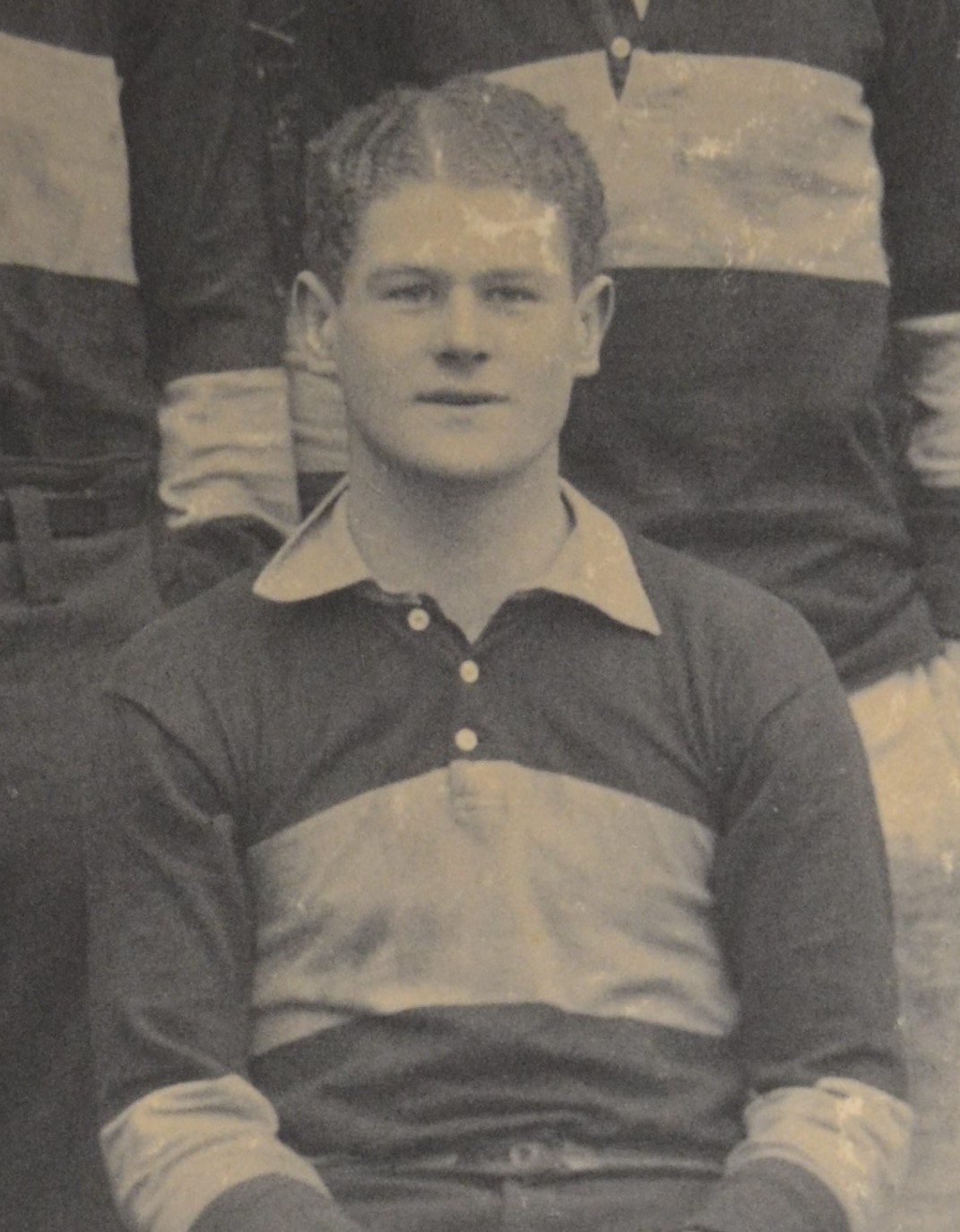 Philip Higgs matriculated in 1909 and graduated with honours in Classics in 1913. During his time at Worcester College he was a member of the Lovelace Club (a literary society), played for the College Rugby team and rowed for the College Eight in 1910, 1911 and 1913, when they achieved 6 bumps. After his death his sister wrote to the Bursar that “he always said the happiest time of his life was at Oxford”. He entered the army in June 1915 and served in France. Lieutenant Philip Higgs died on 14 April 1918 of wounds received in action on 1 April at Rifleman Wood near Domart.

Image taken from a photograph of the College Rugby XV in 1911. 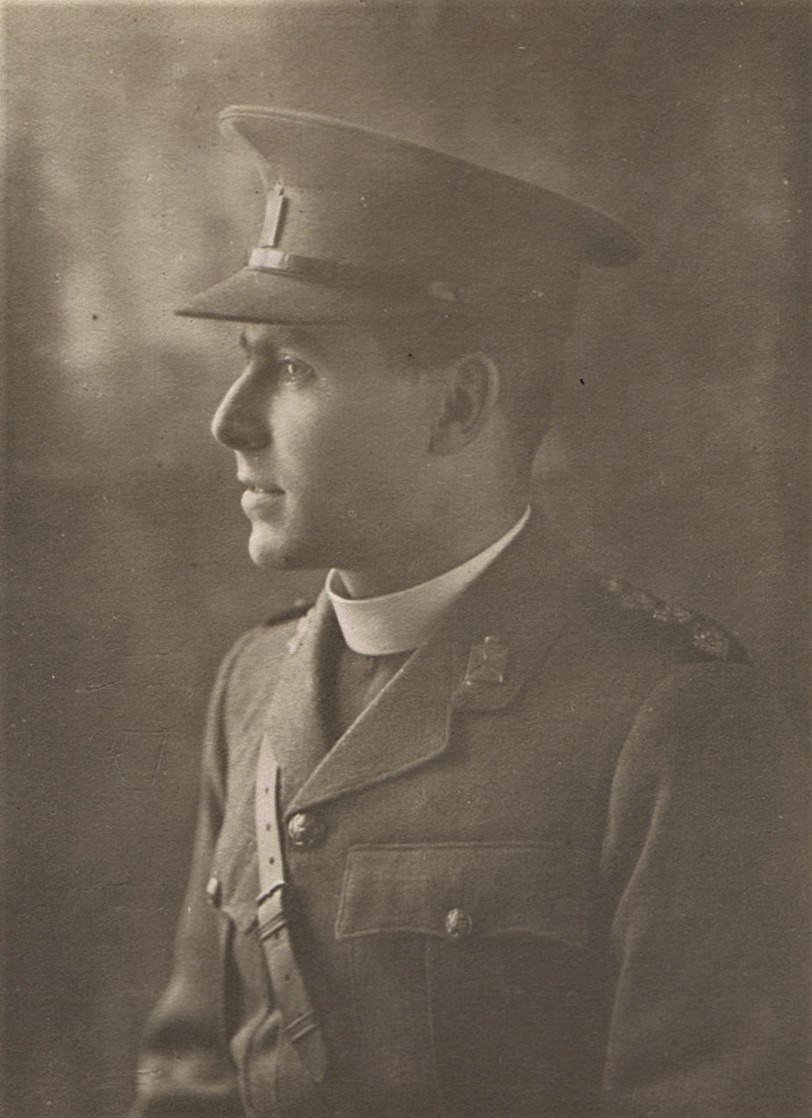 Dick Colborne was born in Suffolk in 1886 and entered Worcester College in 1905. During his time in Oxford he was a member of the College Association Football team. He achieved second class honours in Theology in 1909 and, following a short time as a school master, was ordained and served in several parishes up to 1917. His service commenced in March 1917, when he was sent to France as Chaplain to the London Regiment. Dick Colborne was badly gassed in December 1917 but recovered and returned to France, cutting short his leave, when he heard of the German Spring Offensive in March 1918. The Reverend Richard Colborne was killed in action near Arras on 28 May 1918 while bringing wounded soldiers back to the British lines. 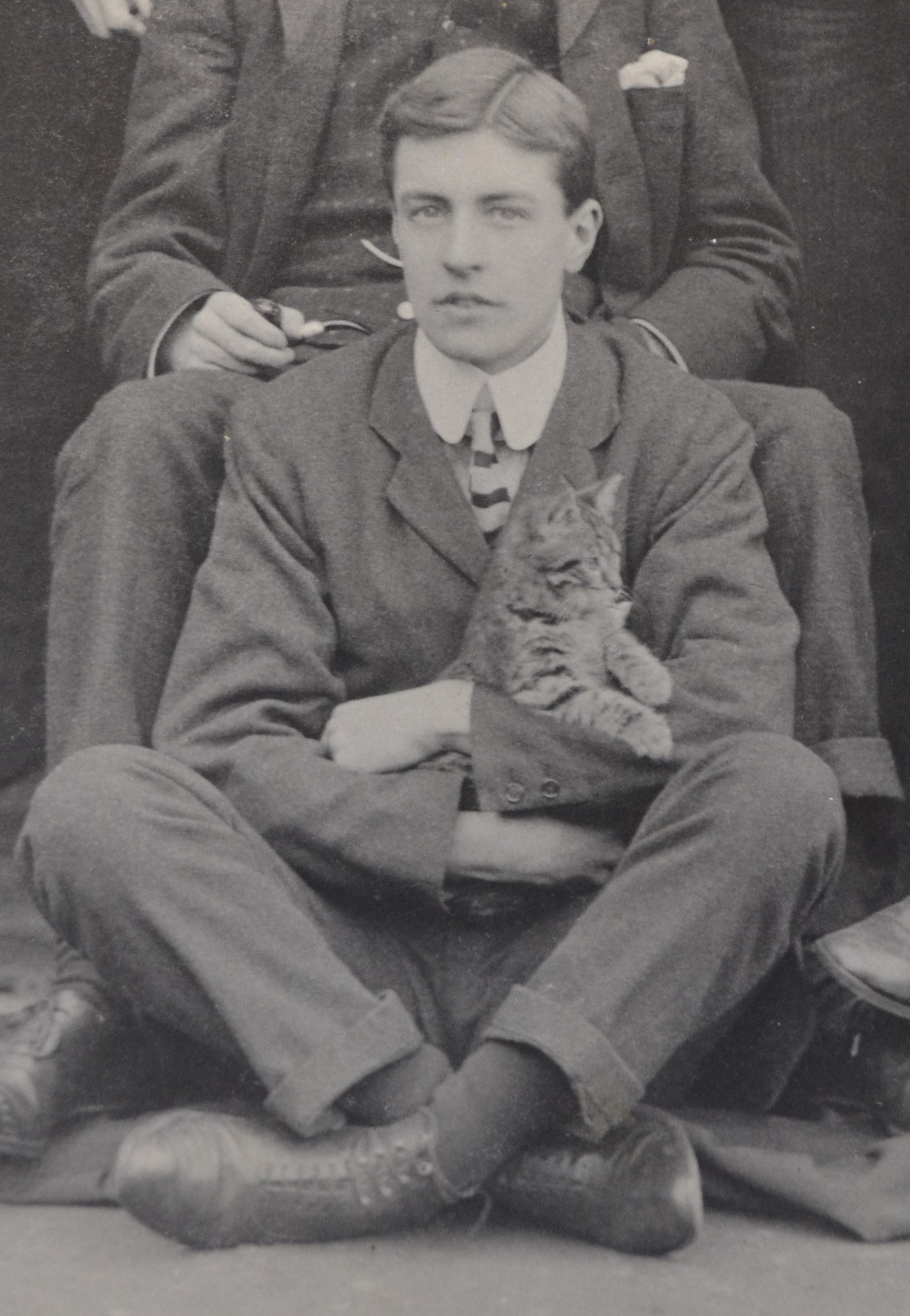 Napier Sheppey-Green entered Worcester College in 1902 with an exhibition in history and achieved third class honours in Modern History in 1906. He was the cox of the College Torpid in 1903 and 1904, and cox of the Eight from 1904 to 1906. He was ordained in 1907. The Reverend Napier Sheppey-Green served as a temporary chaplain to the forces from September 1914 to June 1915 when his appointment ended, after which he applied for a commission in the army. His service with the Royal West Kent Regiment commenced on the 15 September 1915. Second Lieutenant Napier Sheppey-Greene died on 14 June 1918 of wounds received in action in France.

Image taken from a photograph of the College Torpid in 1903. 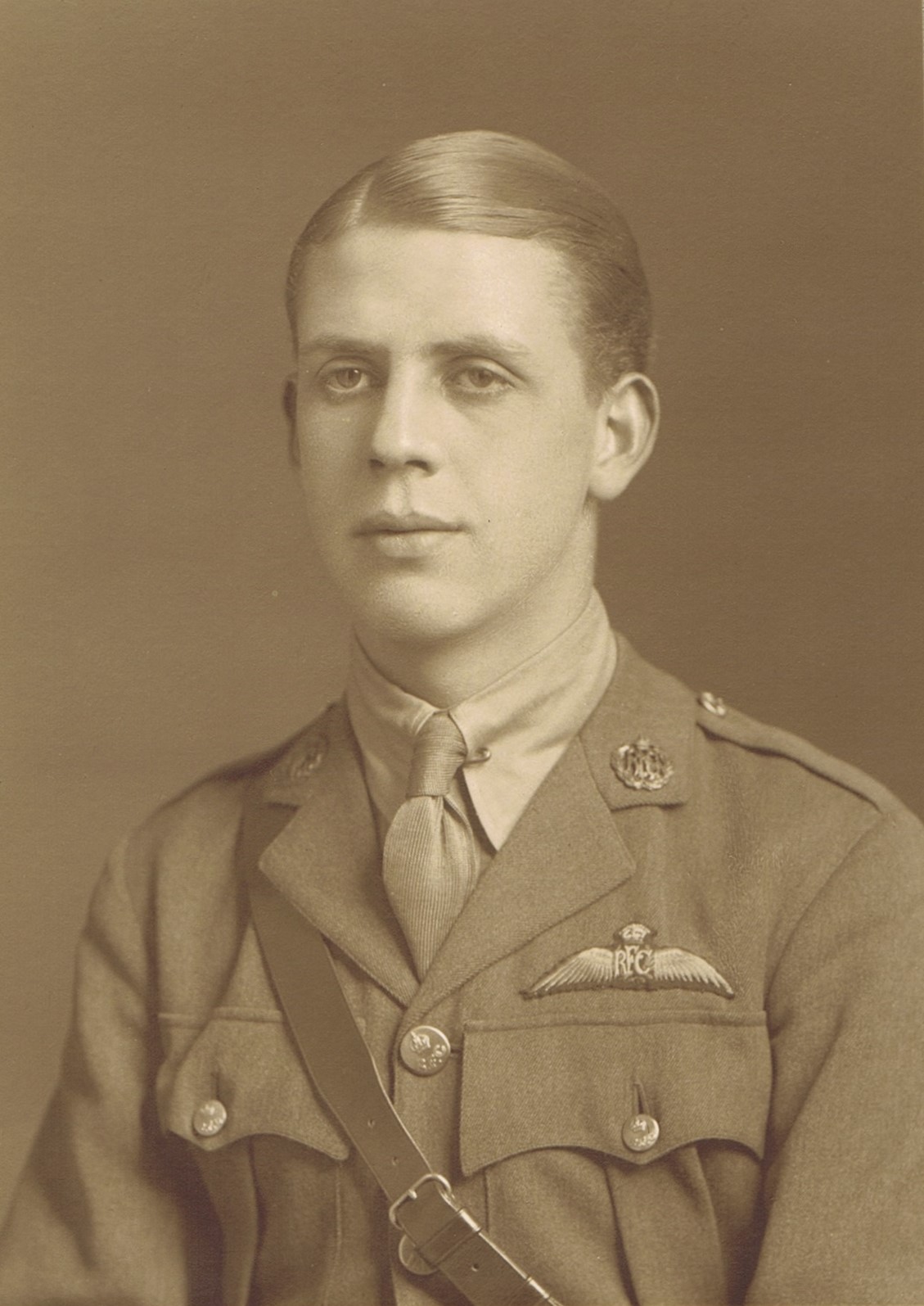 Charlie Whitelock was born in 1898 and attended Barnsley Grammar School. He entered Worcester College in October 1916 but obtained a commission in the Royal Flying Corps in August 1917; his parents later wrote to the Bursar that “his thoughts were much occupied with military matters” during his time in Oxford. After a period of training he was sent to Eastern France to join the Independent Air Force in February 1918, where he conducted bombing raids on munitions factories in Germany. Lieutenant Charles Whitelock was killed in action near Charmes on 16 July 1918.

John Page was offered a place at Worcester College from Michaelmas Term 1914, but chose to enter the army at the outbreak of war in August before he could matriculate. He served for four years and saw action in Gallipoli, Egypt and France. Captain John Page died on 22 August 1918 of wounds received in action in France; he was posthumously awarded the Military Cross on 16 September 1918 for holding up German advances and enabling his battalion to safely withdraw.

Unfortunately the College has no photographs of John Page. 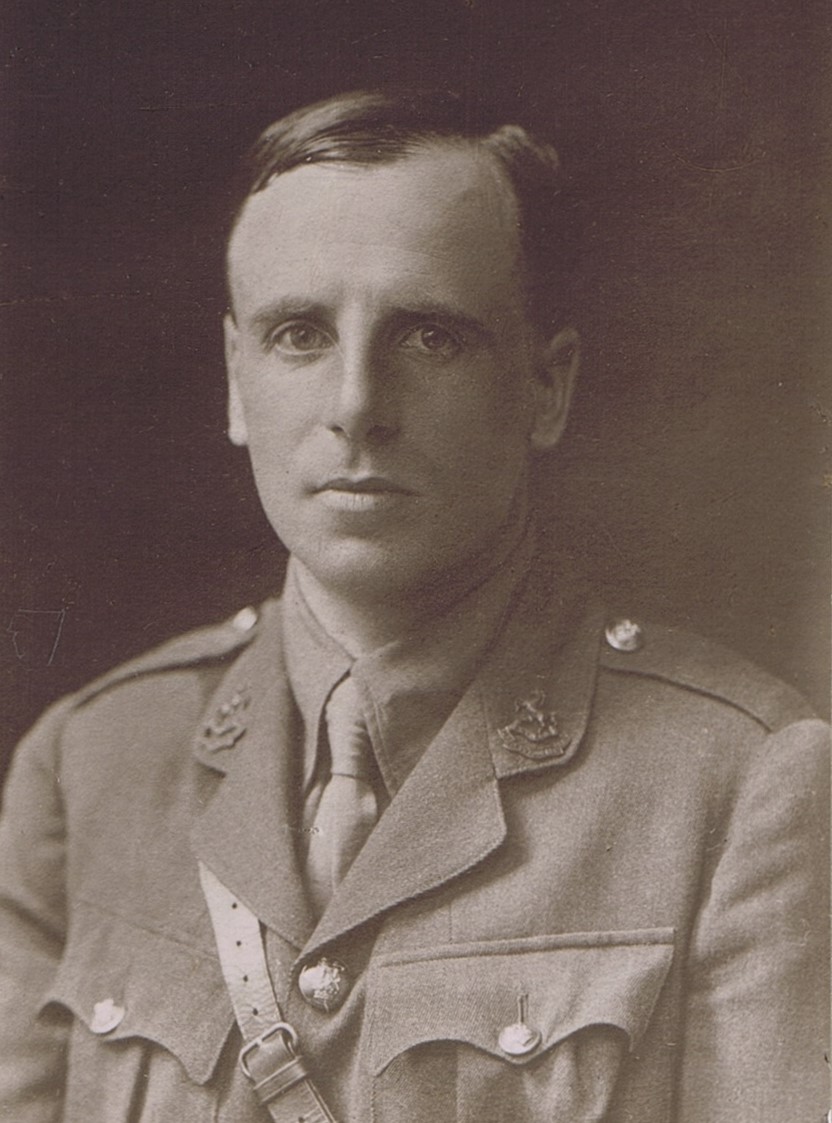 Herbert Wood entered Worcester College in 1906 and graduated in 1909 with honours in Modern History. After graduation he became a school master teaching history and Latin. He married Constance Webb in July 1915 and three days later joined the Army as a cadet in the Inns of Court Officer Training Corps. Herbert Wood received a commission in the 20th London Regiment in November 1915 and was sent to France in the spring of 1916. He was severely wounded at the Battle of the Somme in September 1916 and after a lengthy stay in hospital was confined to Home Service for 1917. He returned to France in July 1918 and was acting as the intelligence officer of his battalion at the time of his death. Lieutenant Herbert Wood was killed in action at St Pierre Vaast Wood on 1 September 1918.

Photograph chosen for the memorial volume by his wife, Constance Wood.

John Fisher was offered a place at Worcester College for Michaelmas Term 1917, but his service commenced on 1 August that year before he could matriculate. He served in France with the 6th West Yorkshire Regiment and the King’s Own Yorkshire Light Infantry. Second Lieutenant John Fisher died on 7 September 1918 of wounds received in action. He was posthumously awarded the Military Cross and the Croix de Guerre with Gold Star.

Unfortunately the College has no photographs of John Fisher. 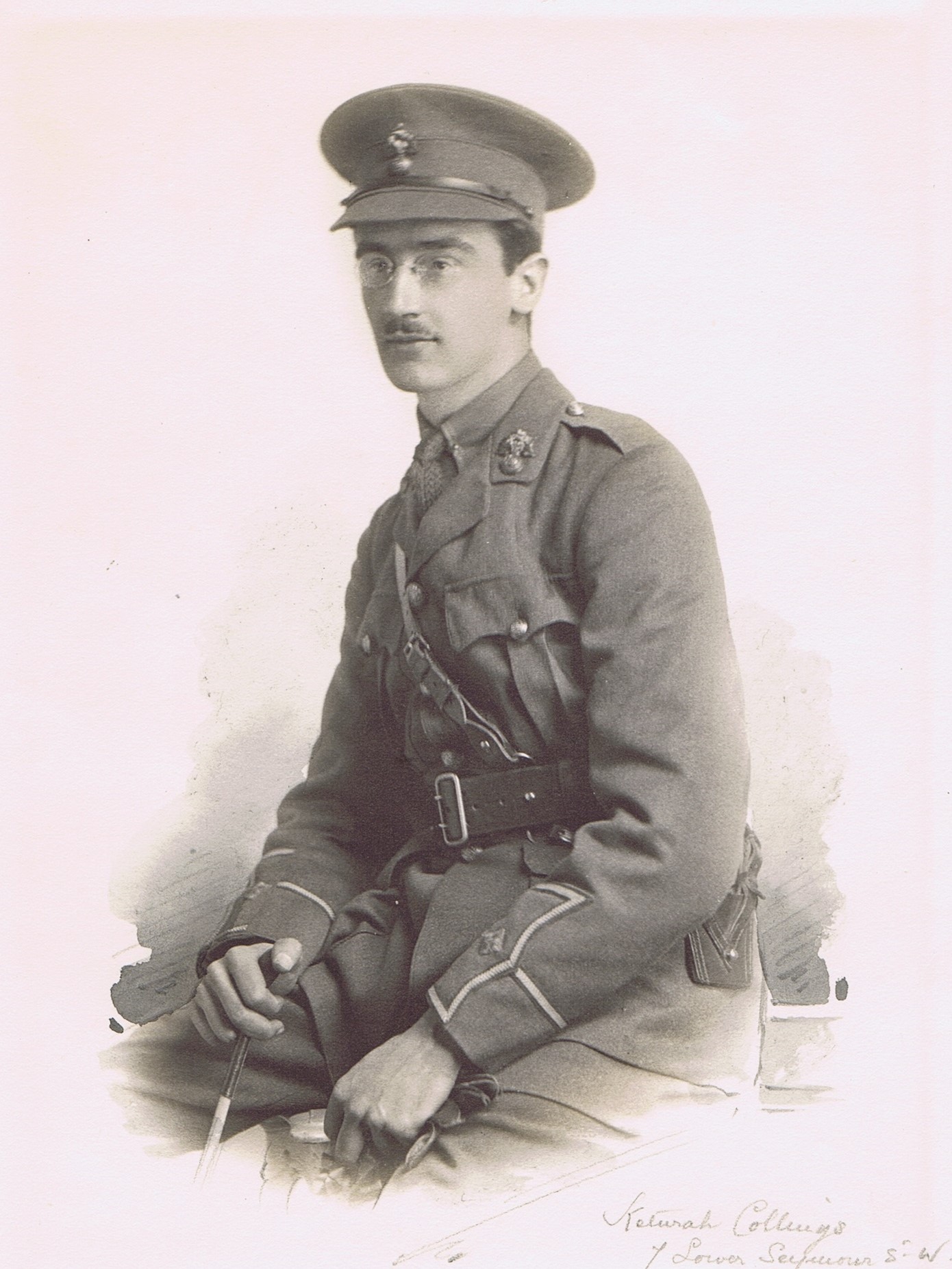 Percy Cottrell was educated at The King’s School, Canterbury and entered Worcester College in 1912 with a Classics Exhibition. During his time at the College he was a member of the Philistines Club (a literary society) and the Boat Club, and rowed in the Eight in 1913 which achieved 6 bumps. He joined the army at the outbreak of the war in August 1914 and did not return to complete his degree. He served first in France in 1915, and then on the Macedonian Front where he worked in the Intelligence Corps as a Greek interpreter. Lieutenant Percy Cottrell died on 27 September 1918 of wounds received 9 days earlier in action at Snevce. He was posthumously awarded the Military Cross, the Greek Order of the Redeemer and the Greek Military Cross in early 1919.

Photograph chosen for the memorial volume by his father, W. H. Cottrell.

Unfortunately the College has no photographs of Archibald O’Farrell. 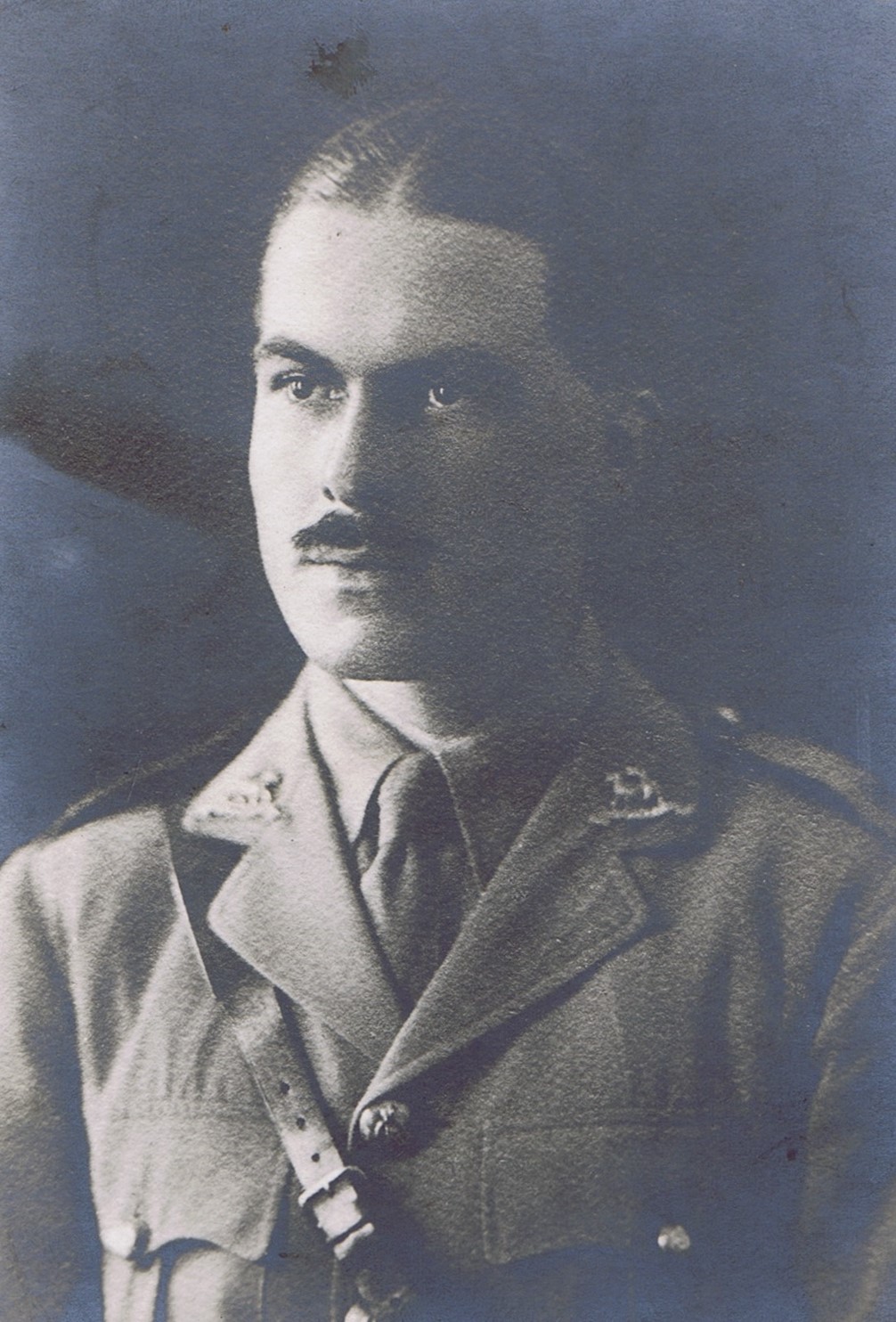 Lionel Beach matriculated in 1910, and while at Oxford was a prominent member of the College Boat Club; he rowed in the 1914 Torpid crew which achieved 6 bumps. He also joined the Oxford University Officer Training Corps and in 1914 was promoted to Lance-Corporal. Lionel Beach joined the army at the outbreak of war and served in Gallipoli in 1915 and then in Egypt and Palestine from 1916 to 1918. His BA was conferred in absence in October 1916, after he had joined the army. He was awarded the Distinguished Service award in August 1917 and also mentioned in dispatches that year. He was severely wounded in action near Jerusalem in December 1917 and invalided back to England in March 1918, where he remained in hospital until the 9th of November. Captain Lionel Beach died of influenza on 28 November 1918.

Photograph chosen for the memorial volume by his father.

Thomas Rankin matriculated in 1899 and graduated in 1902. The College Archives contains very little information on his time at the College or his further career, and the Roll of Service simply records that he was a private with the Royal Fusiliers. Thomas Rankin died on 21 January 1919 while on active service.

Unfortunately the College has no photographs of T W Rankin. 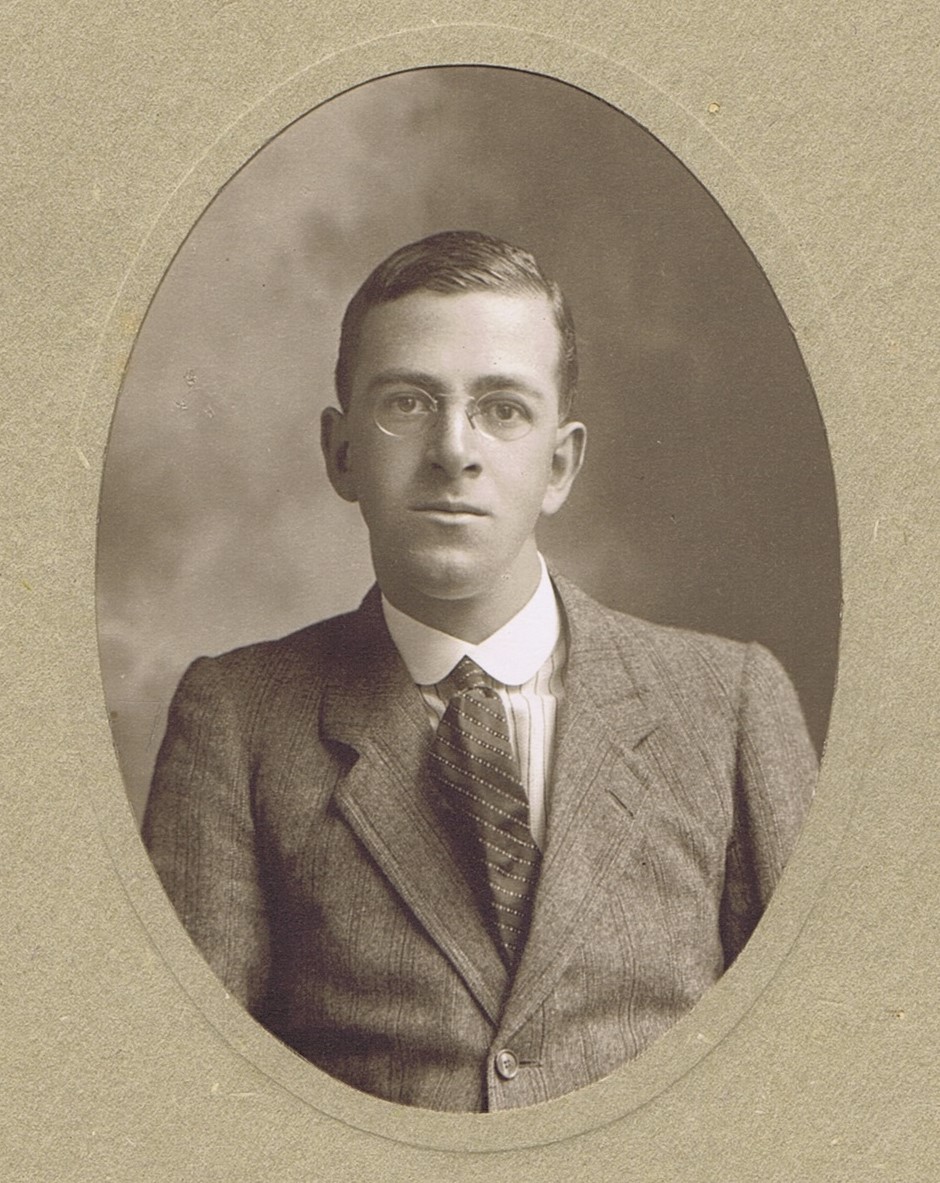 Gerald de Rougemont was educated at Newton College in Devon before obtaining a Classical Scholarship at Worcester College. He matriculated in 1907 and graduated in 1910. Gerald de Rougemont joined up in December 1915 and in 1916 was sent to the Macedonian Front where he contracted malaria. He survived the war and was invalided home in January 1919 where he resumed work as a solicitor’s clerk, but suffered an attack of malaria and blackwater fever in late May 1919 from which he never recovered. Gerald de Rougemont died on 10 August 1919 of illness contracted while on active service.

Photograph chosen for the memorial volume by his mother, Matilda de Rougemont.