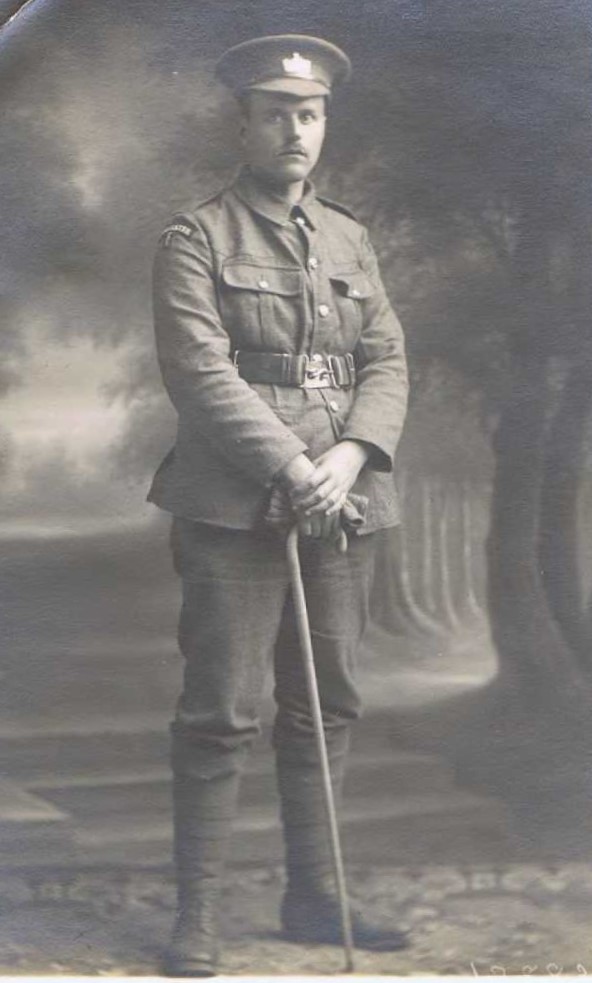 Forester Mills matriculated in 1904 and graduated with third class honours in Modern History in 1907. His service commenced on 1 March 1916 and he worked as an interpreter attached to the Royal Engineers in France. Sapper Forester Mills was killed in action when a shell fell on the wireless station where he was working at Sailly-Saillisel, on 15 March 1917.

Barnard Clapham matriculated in 1897 and graduated BA in 1900, afterwards becoming a solicitor. He joined the Public Schools Battalion, Middlesex Regiment on the outbreak of war and received a commission in the Essex Regiment in October 1914. Lieutenant Barnard Clapham served in Egypt and Palestine and died on 27 March 1917 from wounds received in action at the first Battle of Gaza on the previous day.

Unfortunately the College has no photographs of Barnard Clapham. 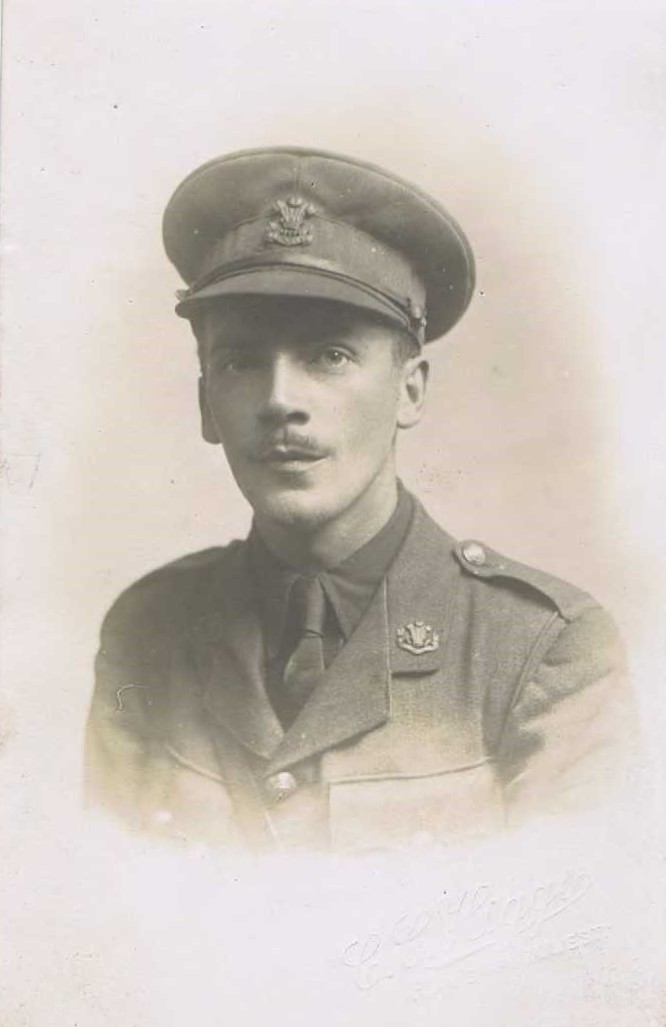 Fred Thomas matriculated in 1909. He achieved first class honours in mathematical moderations in 1911, and graduated with second class honours in Mathematics in 1913. He subsequently became mathematics master at King Charles I Grammar School, Kidderminster. On the outbreak of war he obtained a commission in the 4th Battalion of the Welsh Regiment and, after a year of training, was sent to Suvla Bay where he was in the trenches for four months. In 1916 he was drafted to Egypt and then to Palestine where he was shot in the neck during the second attack on Gaza on 19 April 2017. Captain Frederick Thomas died on 21 April 1917.

Photograph chosen for the memorial volume by his aunt, Ellinor Thomas. 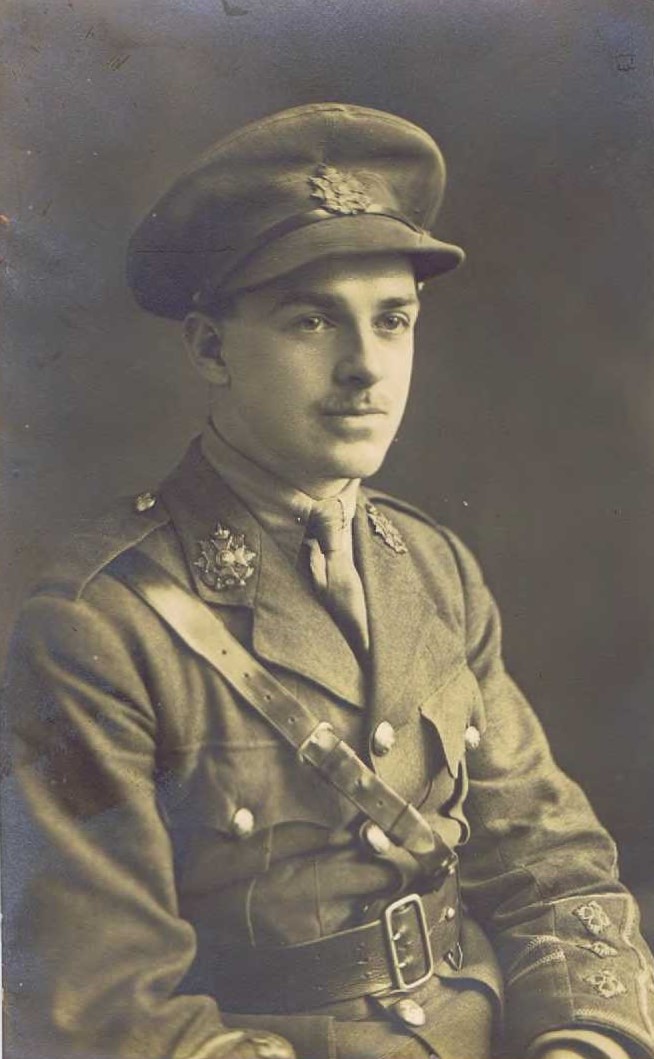 Leonard Birch matriculated in 1912 and was a Cookes scholar, achieving second class honours in classical moderations in 1914. He was a keen rugby player. Leonard Birch received a commission in the Border Regiment in November 1914 and was sent to France the following year. He was wounded in October 1915 and again during the Battle of the Somme in July 1916. Captain Leonard Birch was killed in action at Monchy-le-Preux on 23 April 1917.

Photograph chosen for the memorial volume by his father, J Birch.

D. Philip Hirsch was born in 1896 and attended Willaston School, Nantwich where he was head of the school in his last year. He was elected to a History Exhibition at Worcester College in 1915, but wrote in July of that year to request that it was suspended as he had joined the Yorkshire Regiment; he never came into residence. Captain D. Phillip Hirsch was killed in action on 23 April 1917 during the Battle of Arras. He was posthumously awarded the Victoria Cross “for most conspicuous bravery and devotion to duty in attack”.

Unfortunately the College has no photographs of D. Philip Hirsch.

Charles Mathias matriculated in 1909 and graduated with third class honours in Modern History in 1913. He was a member of the Worcester College Torpid in 1911 and 1912, and the Eight in 1912. Charles Mathias was a member of his school cadet corps and the University of Oxford Officer Training Corps and enlisted in the 18th Battalion (1st Public Schools) Royal Fusiliers in September 1914. After 14 months’ service Charles Mathias received his commission and was gazetted to The Buffs (East Kent Regiment) with whom he saw much active service in France. He was awarded the Military Cross in the Somme in February 1917. Second Lieutenant Charles Mathias was killed in action near Chérisy, a village to the south-east of Arras, on 3 May 1917.

Unfortunately the College has no photographs of Charles Mathias. 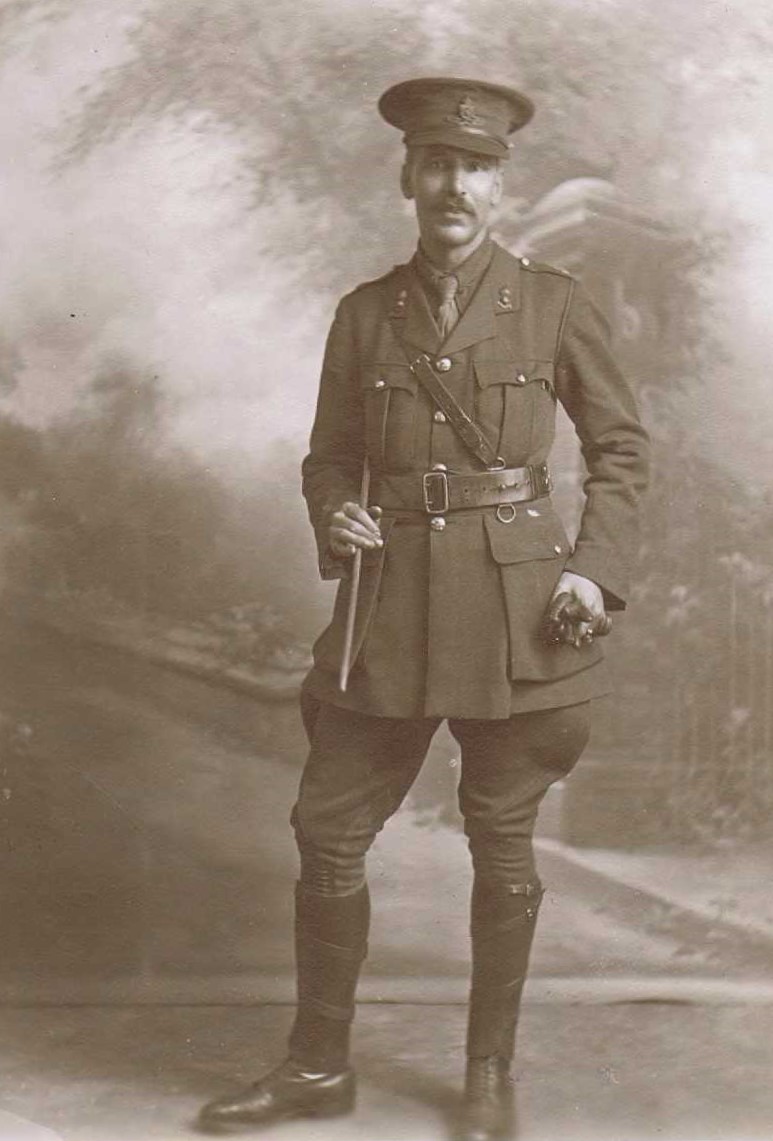 Rupert Everitt matriculated in 1894 and graduated with third class honours in Literae Humaniores in 1898. Following his graduation he became a schoolmaster at Clifton College and then King’s School, Canterbury. He served as a gunner and bombardier with the Royal Garrison Artillery in France in 1915 and obtained his commission in 1916. Second Lieutenant Rupert Everitt was killed by a fragment of shell near Poperinge, Belgium, on 24 June 1917.

Photograph chosen for the memorial volume by his father, Lieutenant Colonel Herbert Everitt. 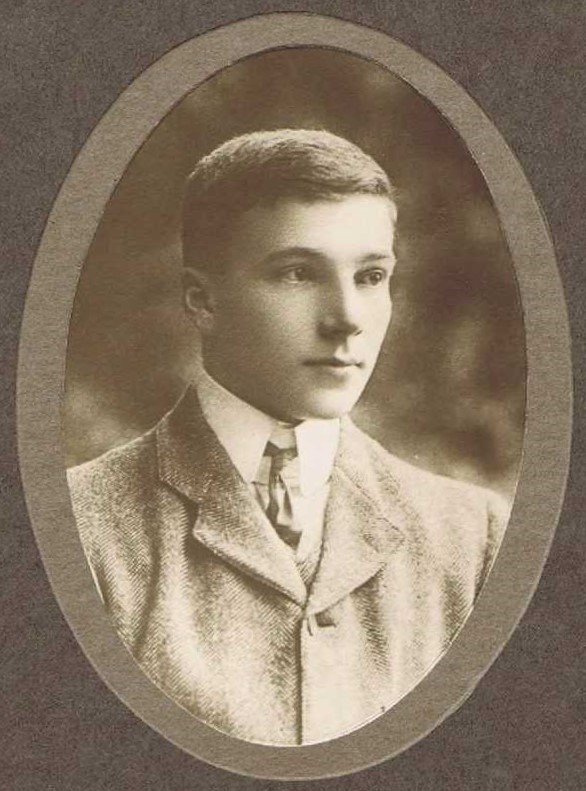 John Moilliet matriculated in 1901 and graduated in 1906; his work was affected by asthma and he took a post-graduate course with the Geography School after which he went into education. He volunteered as a private with the Canadian Infantry in 1915. Private John Moilliet was killed in action near Vimy Ridge on 28 June 1917.

Photograph chosen for the memorial volume by his mother, Mrs J. Keir Moilliet, as one “like him as he was when at Worcester College”.

Edward Channer matriculated in 1906 and was a College exhibitioner. He graduated in 1909 with second class honours in Modern History and, after obtaining a Teacher’s Diploma, he worked in several different schools. At the outbreak of the war Edward Channer attempted to enlist but was rejected on medical grounds. He was subsequently taken under subscription and finished top of a class of snipers despite having weak eyesight. Private Edward Channer was sent to France in early 1917 and was killed in action near Vermelles on 7 July 1917.

Unfortunately the College has no photographs of Edward Channer.

Charles Green was due to matriculate as a classics scholar in Michaelmas Term 1916 but joined the Royal Horse Guards Officer Training Corps in February of that year and consequently never came into residence. He was with the Royal Garrison Artillery in France by January 1917, and was awarded the Military Cross on 23 April 1917. Second Lieutenant Charles Green was killed in action at Arras on 13 July 1917.

Unfortunately the College has no photographs of Charles Green. 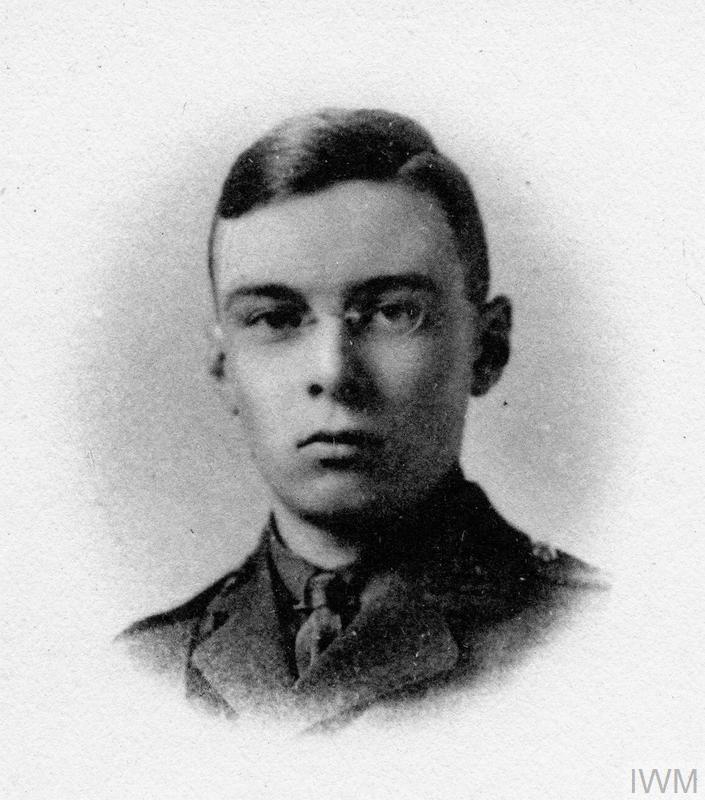 Raymond Wilson was accepted for a place at the College in Michaelmas Term 1916, but did not come into residence before his service commenced on 25 January 1917. He served in France and Belgium with the 7th Battalion, The Queens (Royal West Surrey Regiment). Second Lieutenant Raymond Wilson was reported missing, presumed killed in action at Inverness Copse on 10 August 1917.

Photograph from the collections of the Imperial War Museum, available online.  © IWM (HU 127685).

Harold Round gained an open mathematical exhibition at Worcester College and was due to matriculate in Michaelmas Term 1915. However, having been previously rejected on account of his eyesight, he was passed by a special medical board and given a commission in the Rifle Brigade. Harold Round joined his battalion at the front in August 1916 and won the Military Cross in his first month’s service; he was awarded the Distinguished Service Order in May 1917. Captain Harold Round was killed in action near Passchendaele on 24 August 1917.

Unfortunately the College has no photographs of Harold Round. 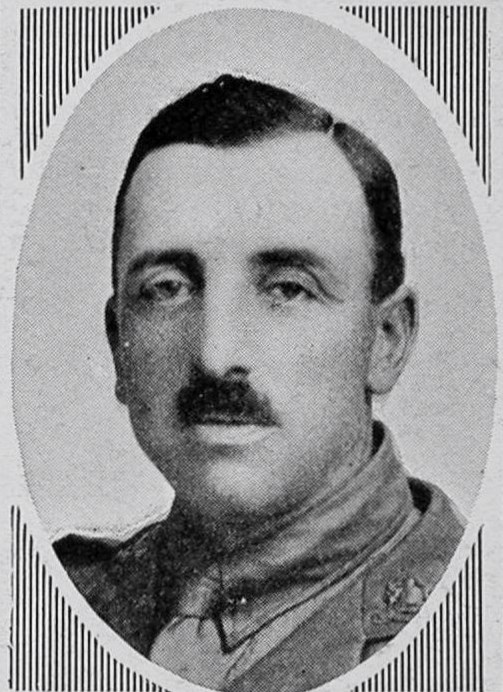 Englebert Horley was educated at Charterhouse School before entering Worcester College in 1894; he graduated BA in 1899. He joined up in May 1915 and served with the 2nd Battalion of the Manchester Regiment in France and Belgium. Second Lieutenant E L R Horley was killed in action at Coxyde, Belgium on 4 September 1917.

Photograph from The Sphere kindly provided by John Hamblin who created the Roll of Honour for The King’s School, Canterbury http://www.hambo.org/kingscanterbury/view_man.php?id=301. 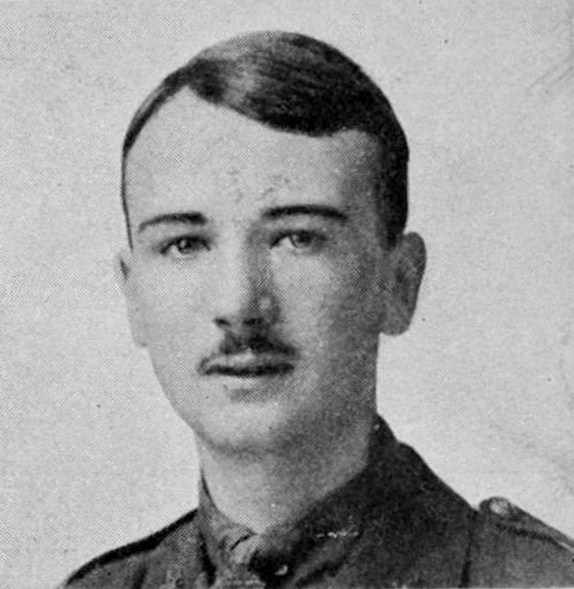 Ralph Mead won an open classical exhibition to Worcester College and was looking forward to a medical career. He was due to matriculate in Michaelmas Term 1916 but instead joined the Oxford University Officer Training Corps until he was old enough to enter a cadet battalion. He received a commission in The Buffs (East Kent Regiment) in August 1917 and embarked for Belgium on 1 September that year. Second Lieutenant Ralph Mead was killed in action near Poperinge, Belgium, on 29 September 1917.

Photograph kindly provided by John Hamblin who created the Roll of Honour for The King’s School, Canterbury http://www.hambo.org/kingscanterbury/view_man.php?id=260.

Gerald Hodgkinson matriculated in 1914, but left the College in March 1915 when he received his commission. He served first in France, where he was wounded, and then accepted a position in the King’s African Rifles, intending to return to Oxford to complete his studies once his required period of service was over. Lieutenant Gerald Hodgkinson was killed in action at Mtua [now in Tanzania] on 17 October 1917.

Unfortunately the College has no photographs of Gerald Hodgkinson.

Gerald Pilcher was accepted for a place at the College in Michaelmas Term 1915, but did not come into residence. His service commenced on 26 January 1915 and he served in France and Belgium with the Royal Field Artillery. Lieutenant Gerald Pilcher died on 26 October 1917, of wounds received in action at Langemark, Belgium.

Unfortunately the College has no photographs of Gerald Pilcher. 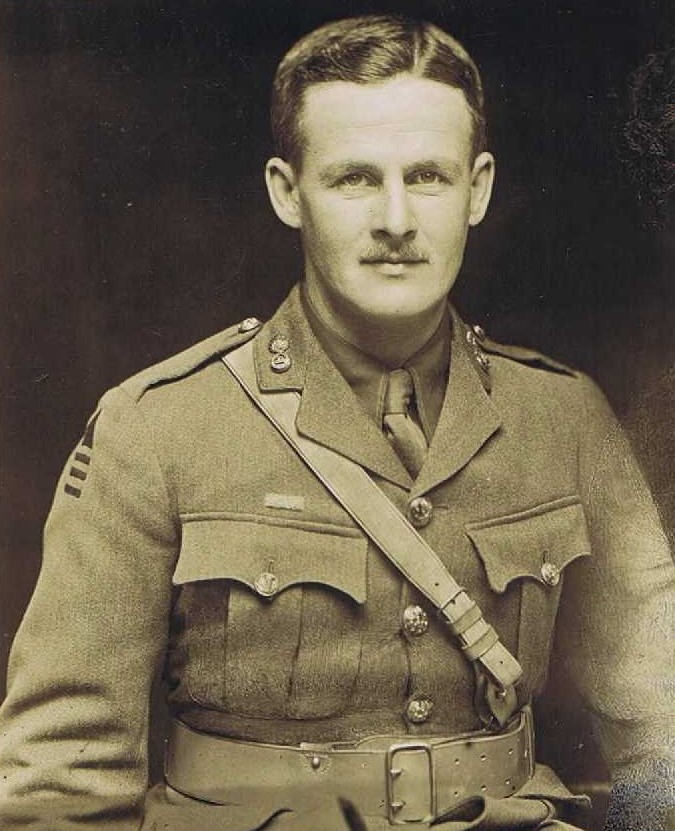 Herbert Milligan was born in 1884 and matriculated in 1903. While at Worcester College he was a member of the Rugby Football XV from 1904 to 1906. He graduated BA in 1907 and subsequently worked for the civil service in Ceylon [Sri Lanka]. On the outbreak of war he joined the Ceylon Planters Rifle Corps and sailed for Egypt where he was involved in fighting on the Suez Canal. In July 1915, Herbert Milligan was given a commission in the 1st Battalion Lancashire Fusiliers and he was wounded with them at Gallipoli. Following recovery in England he fought at the Battle of the Somme and was again wounded. Lieutenant Herbert Milligan was killed in action at Noyelles, near Cambrai, on 21 November 1917.

Photograph chosen for the memorial volume by his wife, Bertha Milligan. 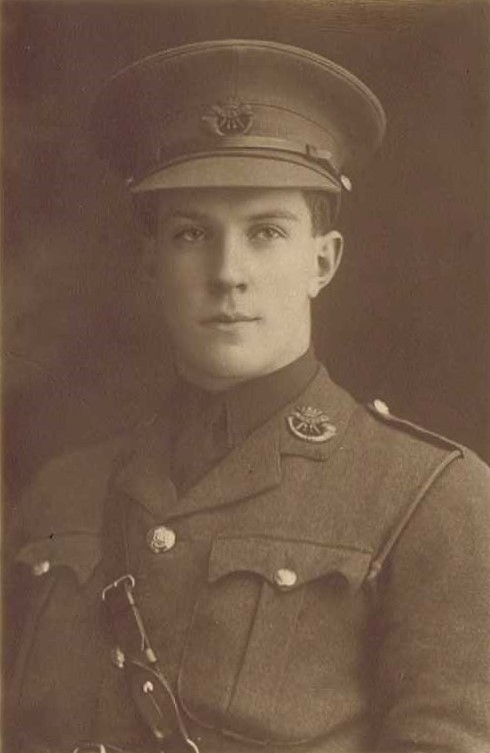 Pringle Rae was born in South Africa in 1892 and entered Worcester College in 1911 with a classics scholarship. While at the College he was a member of the Philistines Club (an undergraduate literary society). Pringle Rae had completed his third year at Oxford and was preparing for the Indian Civil Service examinations when, upon the outbreak of war, he joined the Officer Training Corps at Pembroke College, Cambridge. Pringle Rae obtained his commission in the Duke of Cornwall’s Light Infantry in September 1914 and went to the Front in July 1915, serving with the same battalion until his death. Major J. E. Pringle Rae was killed in action at Les Rues Vertes, Cambrai, on 30 November 1917.

Photograph chosen for the memorial volume by his mother, Eileen Rae. 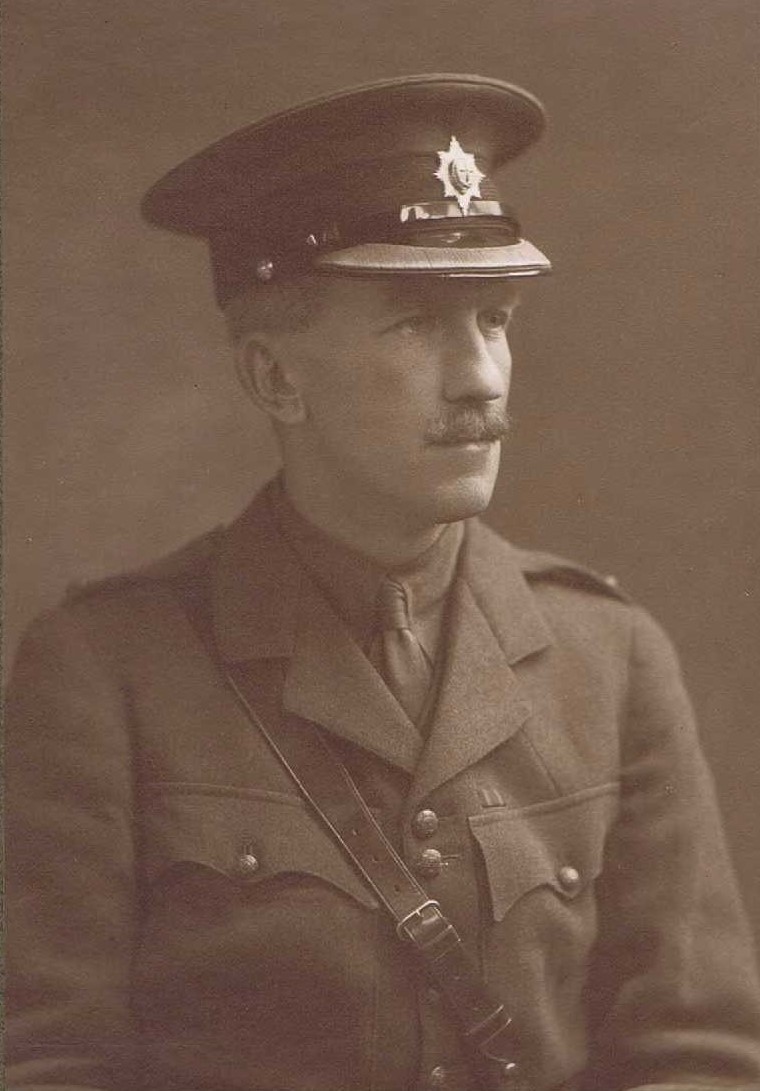 Claude Martin was educated at Sherborne School and gained an exhibition to Worcester College, matriculating in 1896. He fought in the South African War, receiving a commission in the Manchester Regiment in May 1900, and in 1902 went into business. In February 1916 he volunteered for service and received a commission in the Coldstream Guards, with whom he went to France in July 1917. Second Lieutenant Claude Martin was killed in action at St Quentin Ridge, near Masnières, on 1 December 1917.

Thomas Townsend was a member of staff at Worcester College from c 1900, working as an underporter and servant to Henry Cunningham, fellow and tutor in history. He enlisted in the autumn of 1915 and joined the 59th Division of the Royal Horse Artillery and Royal Field Artillery in Dublin, where he witnessed the Easter Rising in 1916. Gunner Thomas Townsend was then sent to Flanders, where he died of wounds on 10 December 1917.

The College Archives holds very little information on former members of staff. The information in this biography is reproduced from the website of the 66 Men of Grandpont project by kind permission of Liz Woolley.