Frederick Kidner was born in Somerset and attended Sherborne School in Dorset between 1901 and 1906.  He entered Worcester College in 1908 and during his time in Oxford played rugby for the College.  After an unsuccessful attempt to join the Indian Civil Service Frederick Kidner graduated BA in 1911 and joined his uncle’s agricultural business in Russia.  He returned to Britain at the outbreak of war and joined the 16th London Regiment (Queen’s Westminster Rifles) in September 1914.  On 19 February 1915 Lance-Corporal Frederick Kidner was shot by a sniper and died of his wounds the following day.

Unfortunately the College has no photographs of Frederick Kidner. 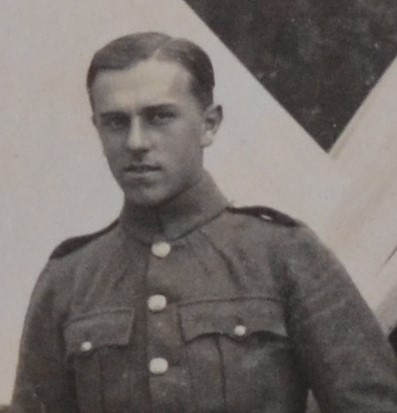 Noël Barrington matriculated in 1912.  While at Worcester he was a member of the Torpid rowing crew who achieved 6 bumps in 1914.  He interrupted his degree to join the Royal Irish Rifles on 4 August 1914 and served with them in France.  Second Lieutenant Noël Barrington was killed in action at Neuve Chapelle on 10 March 1915. 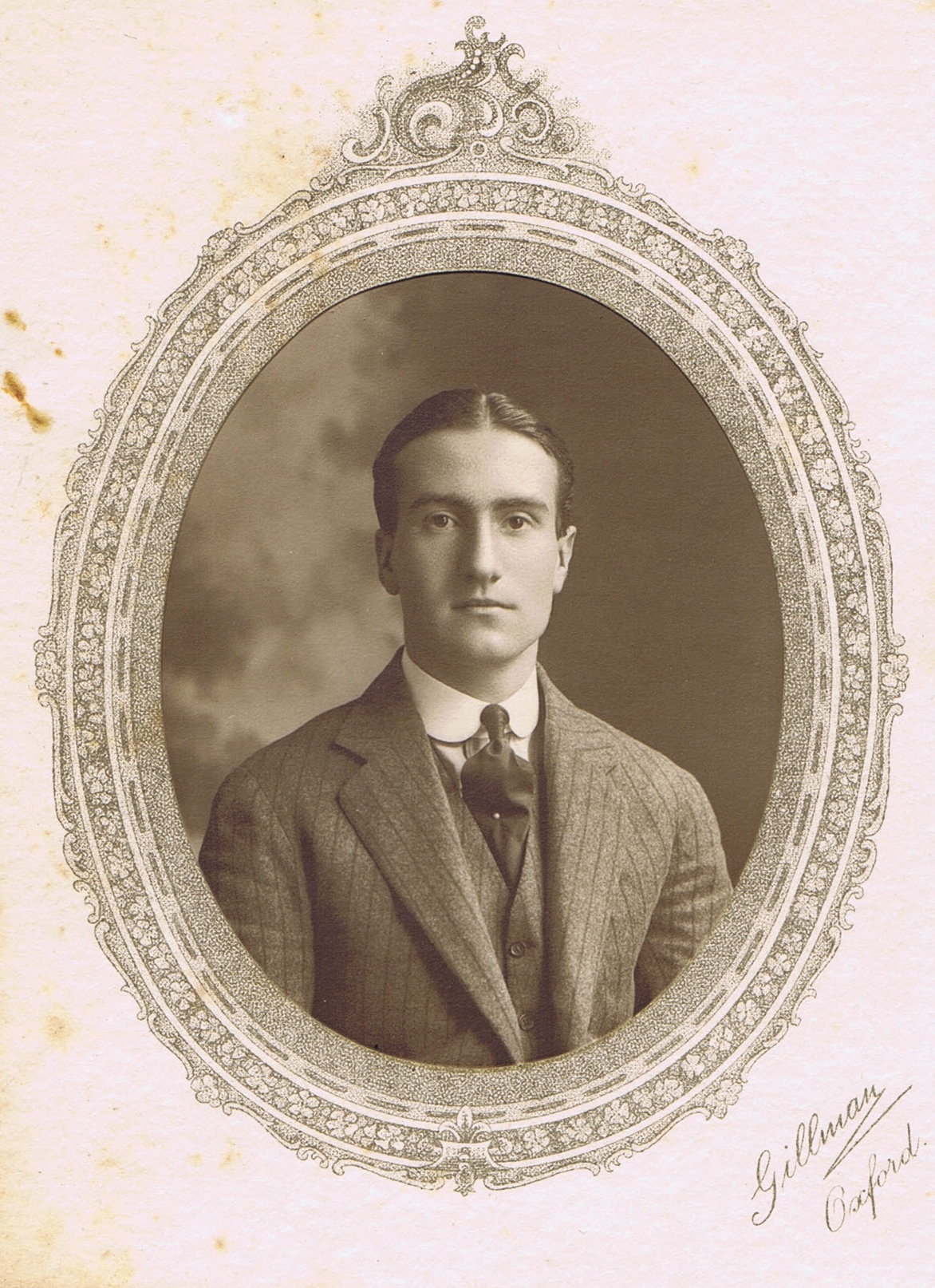 Roland Waddell-Dudley was born in St Albans and educated at Malvern College.  He came up to Worcester in 1906 and was a tennis half-blue.  He was gazetted to the 3rd battalion Royal Fusiliers in December 1911 and joined the regiment in India in January 1912.  He returned to Britain with his regiment following the outbreak of war, and was wounded in February 1915 when a bullet was embedded in his back.  Refusing an operation to remove it, or to return to England to convalesce, he returned to the front in March.  Lieutenant Roland Waddell-Dudley was killed in action in Belgium on 15 April 1915.

Photograph chosen by his sister, Maud Waddell-Dudley, for the remembrance volume.

Paxton Dent matriculated in 1909 but left the College in 1911 without taking a degree.  He enlisted in the army on the outbreak of war and became a machine gunner in the 4th Seaforth Highlanders.  He was killed in action at Neuve Chapelle on 28 April 1915.

Unfortunately the College has no photographs of Paxton Dent.

Brian Simpson matriculated in October 1913 and was a member of the successful College Torpid and Eight in 1914.  At the outbreak of war he went to Sandhurst, and subsequently obtained a commission in the Scottish Rifles.  He joined the 2nd Battalion at the front in March 1915.  Second Lieutenant Brian Simpson was killed in action while leading a charge, near Armentieres, on 9 May 1915. 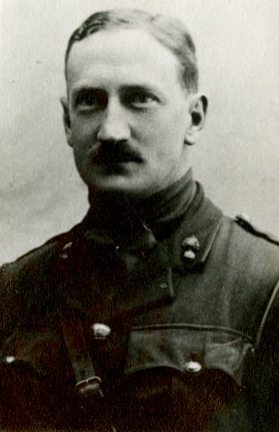 Edward Abbott matriculated in 1903 but left the College without taking a degree.  He was mobilised on 4 August 1914 and at the time of his death was attached to the Royal Irish Fusiliers.  Lieutenant Abbott was killed at Festubert on 17 May 1915, however he does not appear on the war memorial outside the Chapel as the College did not hear of his death until 1952.

Alban Chaytor was born on 24 October 1890 and educated at the Worcester Cathedral King’s School where he excelled at sports and was a member of the cricket XI, the football team and the school boat.  He entered Worcester College in 1909 but did not take a degree, leaving the College in 1910 to take a post as a tea planter in Ceylon.  He returned from Ceylon on the outbreak of war and took up a commission in the 3rd Worcestershire Regiment in December 1914.  Second Lieutenant Alban Chaytor was dangerously wounded on 23 May 1915 while in charge of a working party and died from his wounds on 26 May 1915.

Photograph chosen for the remembrance volume by his father, Charles Chaytor. 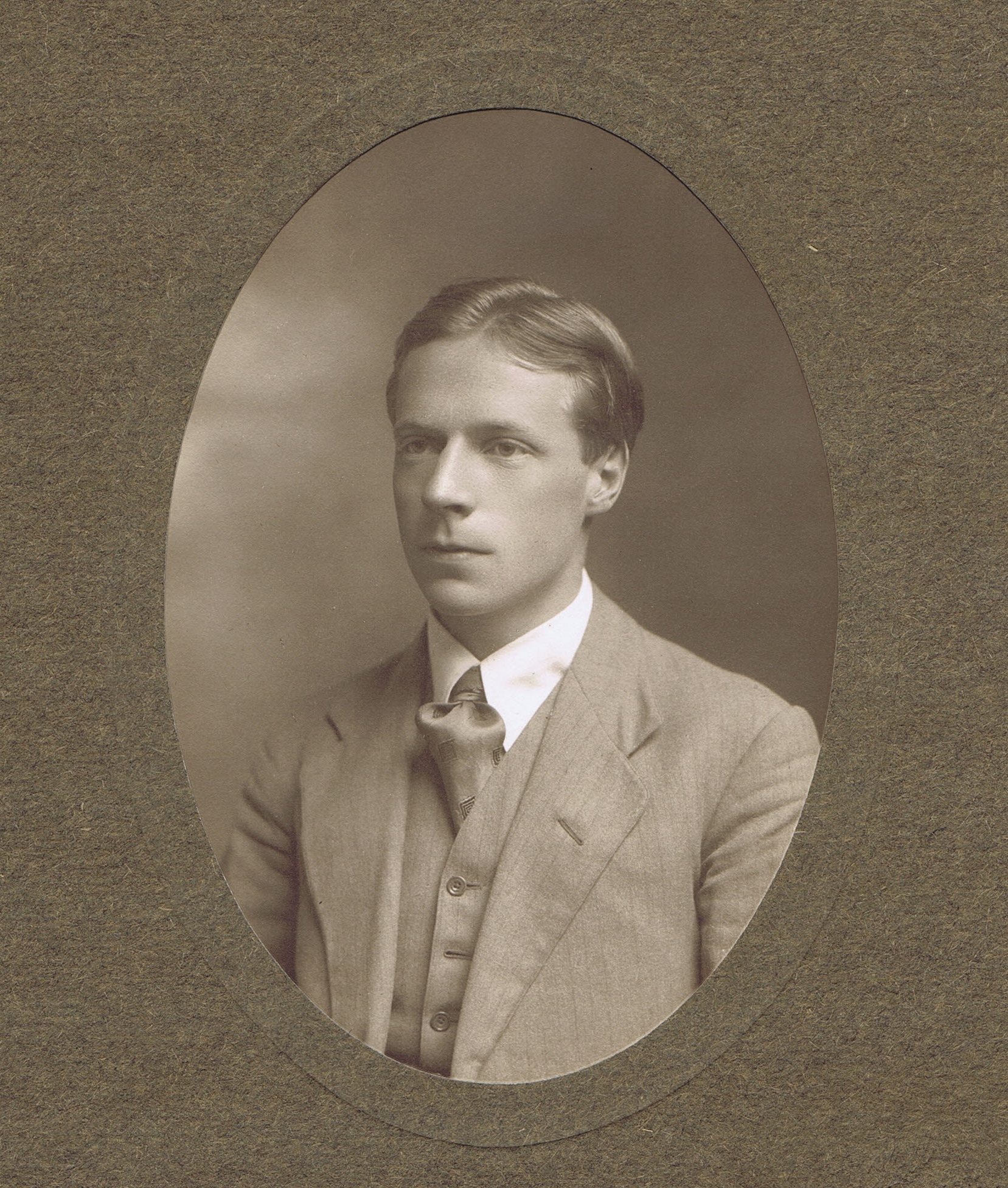 Lieutenant Frank Farquharson, a native of Keith in Banffshire, matriculated in 1912 as a classical scholar, and achieved first class honours in Classical Moderations in 1914.  In his obituary in the Oxford Magazine Frank Farquharson was described by the College Bursar as “an attractive and most likable companion”.  At the outbreak of the First World War he enlisted in the 6th Gordon Highlanders, and had been some months at the front when he was killed in action near Givenchy on 3 June 1915.

Image chosen for the remembrance volume by the Bursar at the request of the family.

Edward (Eddie) Amphlett came from a family long associated with Worcester College; several of his ancestors had attended the College during the nineteenth century, including his father, John Amphlett (matriculated 1864).  Eddie Amphlett matriculated in 1894 and during his time at the College was Captain of Boats.  Following graduation he became a barrister in Oxford before fighting in the Boer War and then taking a position as Police Magistrate in Grenada in 1912.  At the outbreak of the First World War he returned to England to join the armed forces and was appointed Captain in the 12th Battalion of the Worcester Regiment in January 1915.  In May 1915 he joined the Mediterranean Expeditionary Force and was killed in the third battle of Krithia at Gallipoli on 4 June 1915.

Photograph chosen for the remembrance volume by his father, John Amphlett.

Louis Malet came up to Worcester College in 1912 from Wolverhampton Grammar School, a recipient of the recently founded Warner Exhibition.  He obtained a second class in Classical Moderations.  He obtained a commission in the 12th Battalion Royal Warwickshire Regiment on 7 November 1914 and sailed for the Dardanelles on 20 May 1915.  Lieutenant Louis Malet was killed in action at Gallipoli on 4 June 1915 whilst leading a charge against a Turkish trench.

Unfortunately the College has no photographs of Louis Malet. 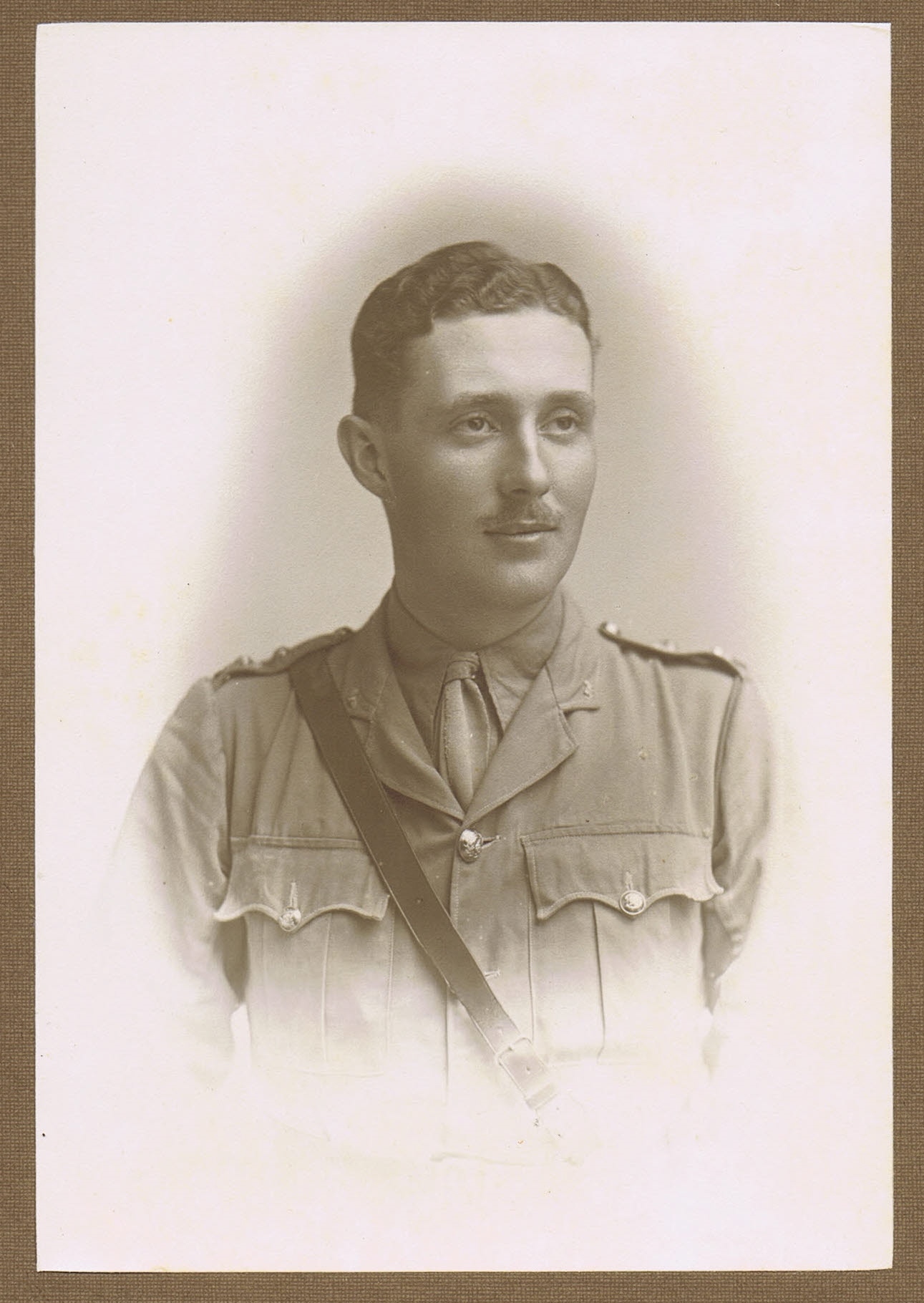 Charles Macrae matriculated in 1913 and represented the College in shot put.  On the outbreak of war he obtained a commission in the 4th Battalion, Hampshire Regiment, and sailed in October 1914 to join the Indian Expeditionary Force in the Persian Gulf.  Lieutenant Charles Macrae was killed in action at a place then known as ‘Gurma Sapha’ on the banks of the Euphrates on 5 July 1915.

Photograph chosen by his parents for the remembrance volume.

Nowell Oxland was born in Cumberland on 24 December 1890.  He matriculated in 1911 and took a prominent part in the life of the College; he was captain of the College Rugby Football Team and had just been elected secretary of the Lovelace Club in Trinity Term 1914.  In September 1914 he obtained a commission in the 6th Border Regiment and sailed for the Dardanelles in June 1915.  Lieutenant Nowell Oxland was killed at Suvla Bay on 9 August 1915.  A poem he wrote on the journey to the Dardanelles was published in The Times shortly after his death.

Photograph chosen for the remembrance volume by his mother. 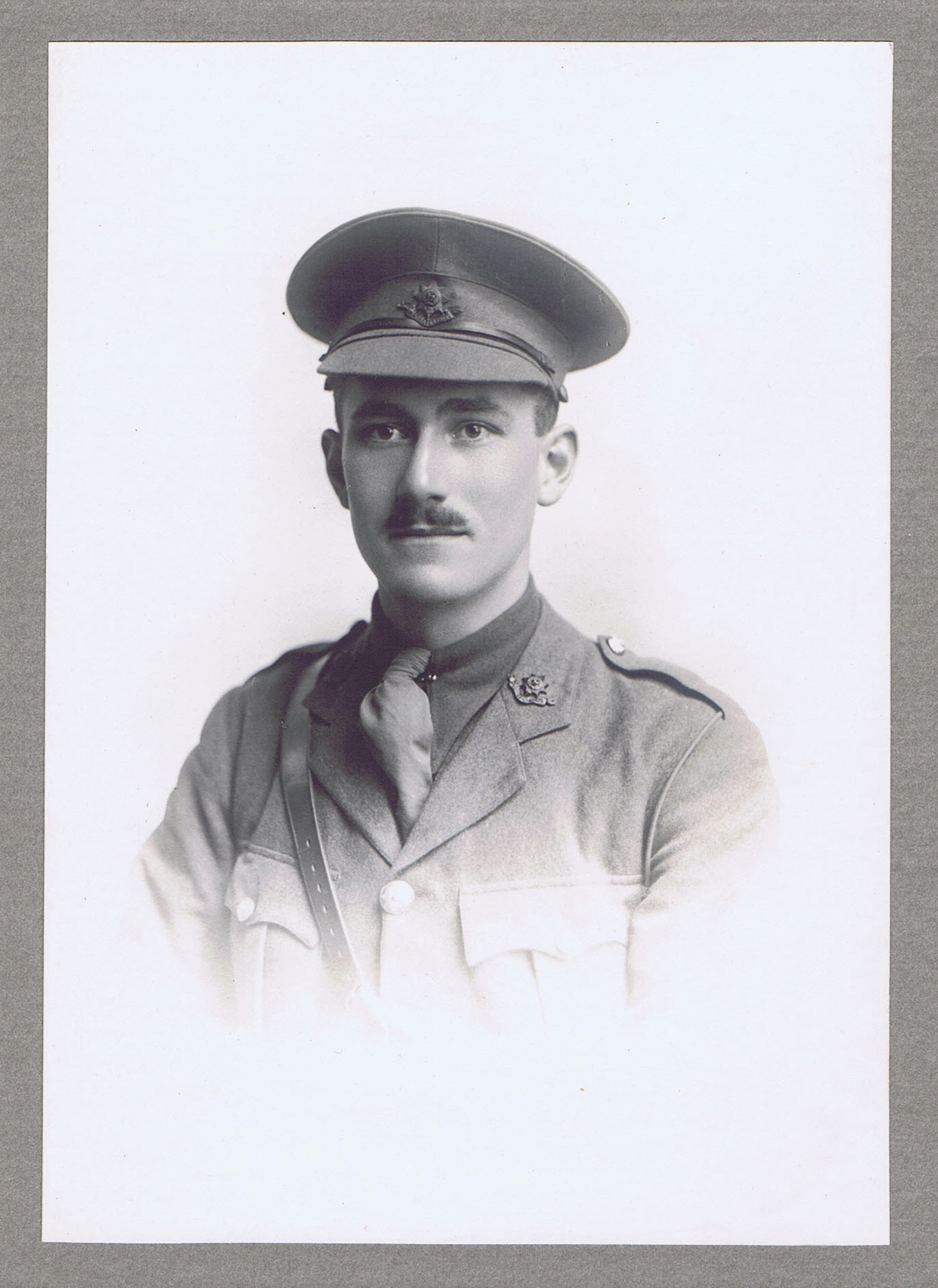 George Pearson was born at Stourbridge and educated at Repton.  He matriculated in 1910 and while at Worcester was a member of the Officer Training Corps, secretary of the Oxford University Drama Society, and a member of the College Eight in 1912 and 1913.  He obtained a second class in Modern Languages and after graduation entered the service of the Chartered Company of British South Africa.  He returned to England on the outbreak of war and obtained a commission in the 9th (service) Battalion of the Worcestershire Regiment.  Lieutenant George Pearson served in Gallipoli and was killed in action at Kabak Koyu on 12 August 1915.

Dudley Ryder Townshend was born in Lancashire in 1877 and attended Kings School Westminster.  He came up to Worcester in 1896 and achieved third class honours in Mathematics in 1900.  Following his graduation he was appointed Mathematical Master at Rossall School, Fleetwood in Lancashire but joined the army on the outbreak of war in 1914.  Captain Dudley Townshend served in Gallipoli and was killed in action at Suvla Bay on 21 August 1915.

Unfortunately the College has no photographs of Dudley Townshend.

Gerald Clayton matriculated in 1899 and achieved first class honours in Mathematics in 1902, and second class honours in Jurisprudence in 1904, after which he was called to the Bar.  On the outbreak of the war he obtained a commission as Second Lieutenant in the Royal Marines and went through the bombardment of and retreat from Antwerp (September-October 1914).  Second Lieutenant Gerald Clayton died on 2 September 1915 from the effects of meningitis contracted while on duty.

Photograph chosen for the remembrance volume by his wife, Ione Clayton

Leslie Eastwood joined the College from King William’s College, Isle of Man, in 1904.  After taking his degree he became an Assistant Master at Oxford Preparatory School but on the outbreak of war he obtained a commission in the 6th Battalion of the Royal Lancaster Regiment.  He went out to Gallipoli where he was wounded by shrapnel on 29 July 1915.  Second Lieutenant Leslie Eastwood was then taken to hospital in Alexandria where he died on 19 September 1915 from dysentery from which he had suffered since his arrival on the Peninsula.

Photograph chosen for the remembrance volume by his father, T Eastwood. 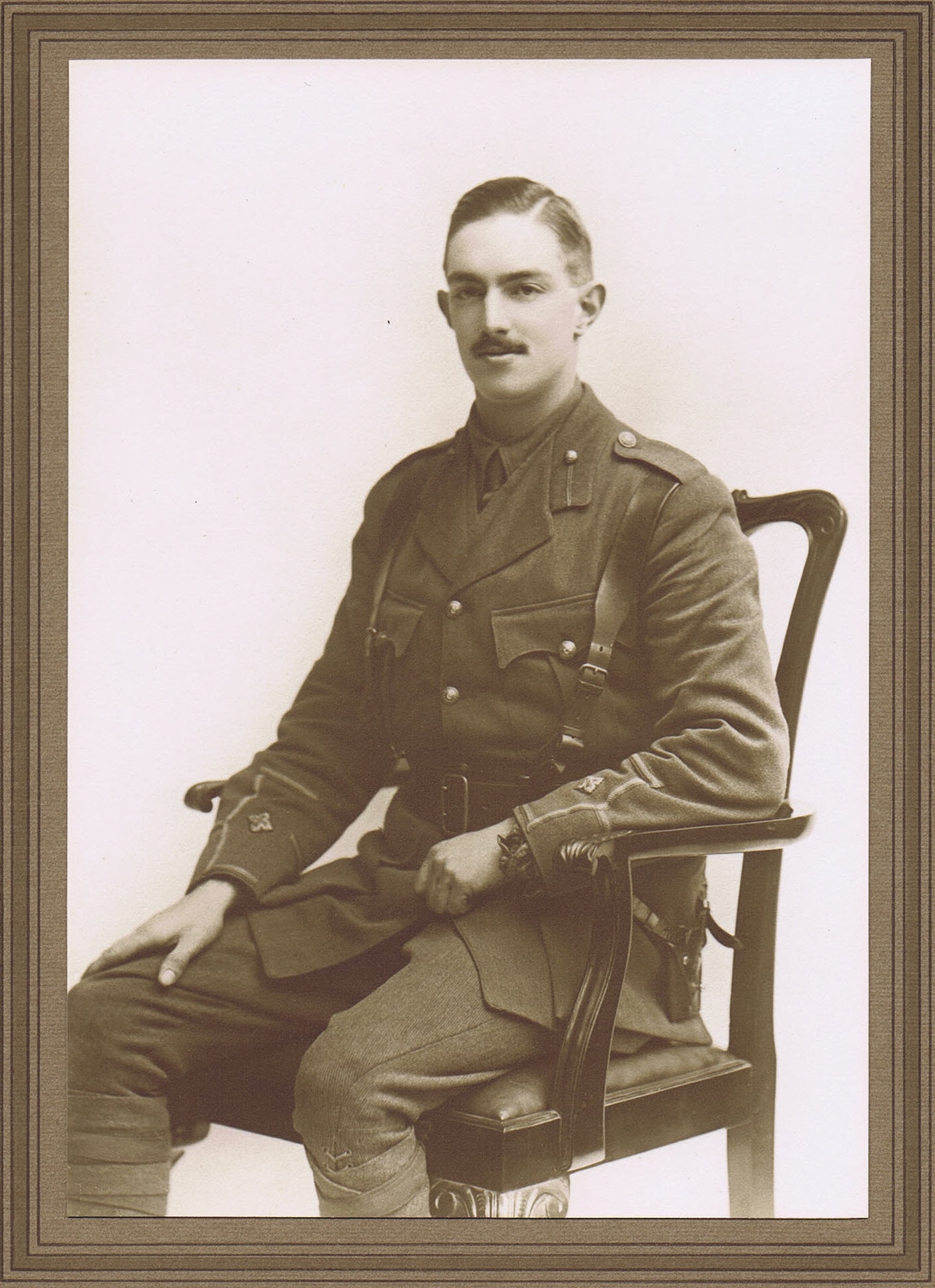 Leslie Sweet-Escott was the youngest son of Sir Bickham Escott, Governor of Fiji and High Commissioner and Consul-General for the Western Pacific.  Leslie Sweet-Escott came up to Worcester in 1913 and obtained a commission as soon as the war broke out, in the 5th Battalion Oxford and Buckinghamshire Light Infantry.  He served in France and Belgium and was wounded on 11 July 1915 but remained at the front until ordered to hospital.  Lieutenant Leslie Sweet-Escott was killed in action at Bellewaerde Farm, near Ypres, on 25 September 1915. 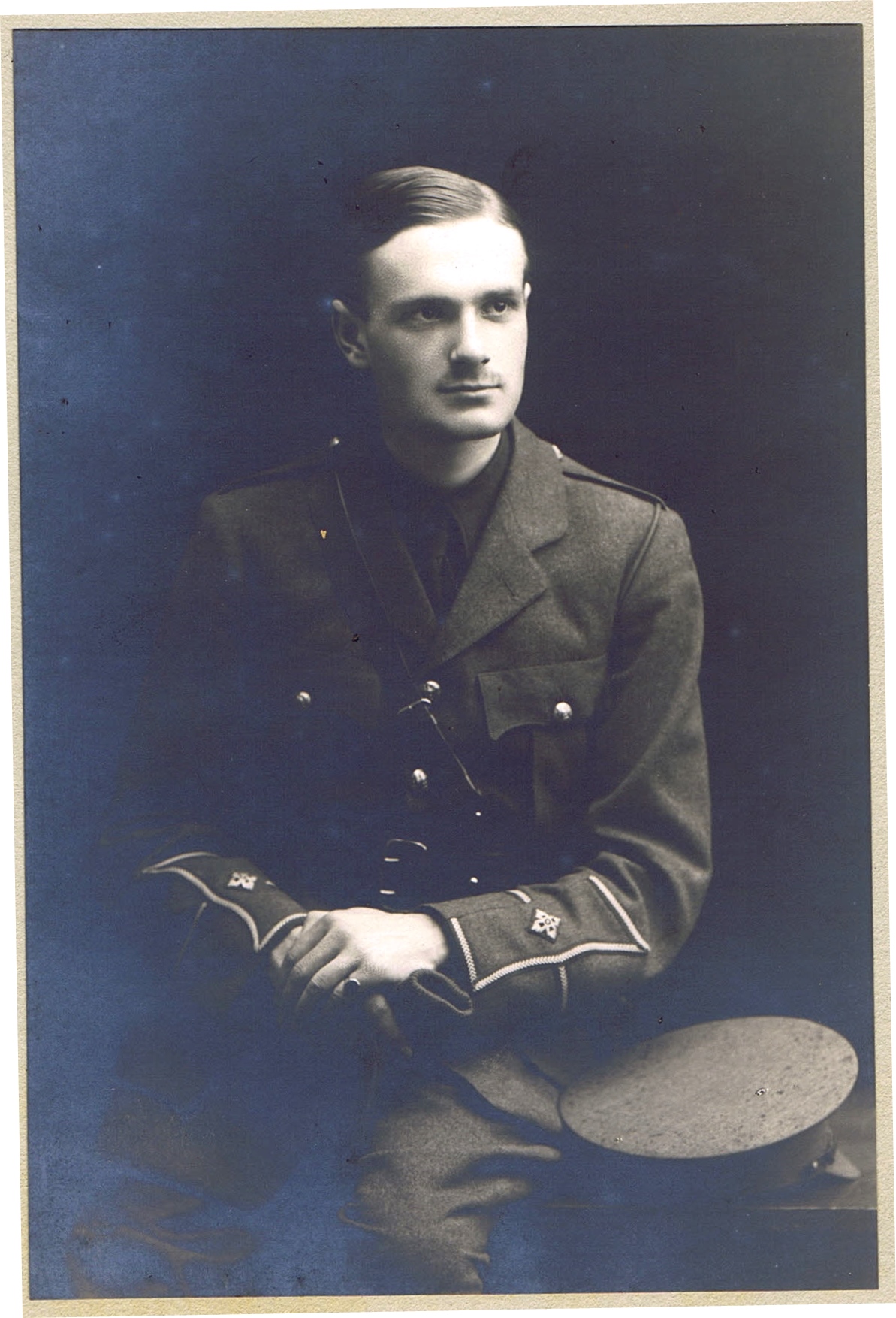 Arthur Raynes matriculated in 1913 as an open Classical Exhibitioner and won the Squire Ordination Scholarship.  He joined the Oxford University Officer Training Corps in October 1914 and received his commission in November.  He was gazetted Lieutenant of the 11th Essex Regiment in July 1915 and went to the front in August.  Like his friend Arthur Bedells (below) Lieutenant Arthur Raynes was reported wounded and missing on 26 September 1915, the second day of the Battle of Loos.  In August 1916 his family was informed that his death from wounds received in action had now been presumed.

Arthur Bedells matriculated in 1914 but left the College the following term to take up a commission the 11th Essex Regiment.  He served in France with his friend and contemporary Arthur Herbert Raynes (see above), also of the 11th Essex Regiment.  Both Bedells and Raynes were reported missing on 26 September 1915, the second day of the Battle of Loos, and it was not until November 1917 that Second Lieutenant Arthur Bedells’ family had confirmation that he had in fact died on 26 September 1915 of wounds received in action.

Unfortunately the College has no photographs of Arthur Bedells. 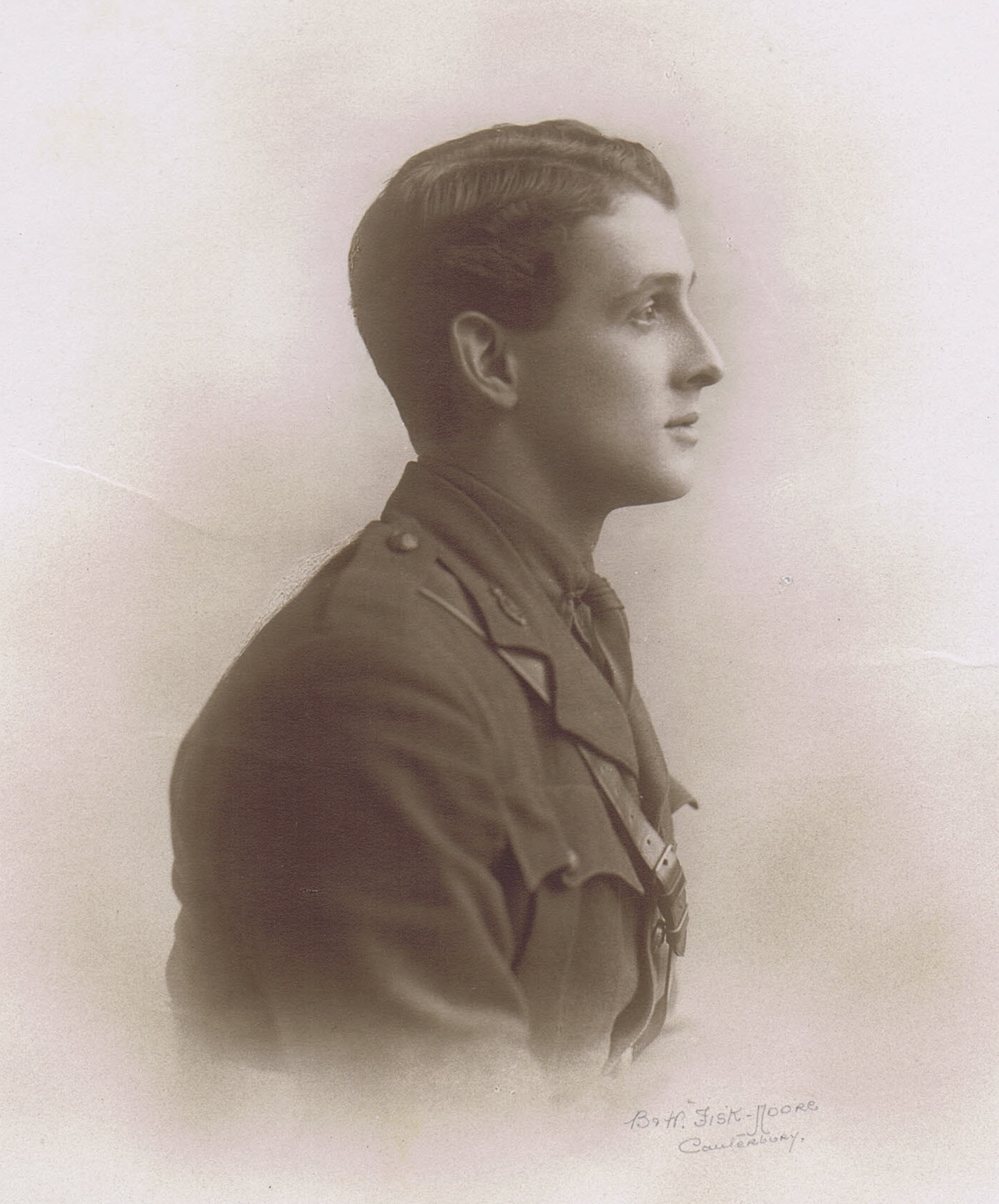 Alan Hardy matriculated in 1908 and while up at Worcester represented the University in Lawn Tennis in 1910.  He obtained a commission in the Royal East Kent Mounted Rifles on 19 September 1914 but in 1915 was attached to the Royal Flying Corps.  Second Lieutenant Alan Hardy was killed in an aeroplane accident near Glamis, Forfarshire on 14 October 1915.

Photograph chosen for the remembrance volume by his mother, Fanny Hardy.