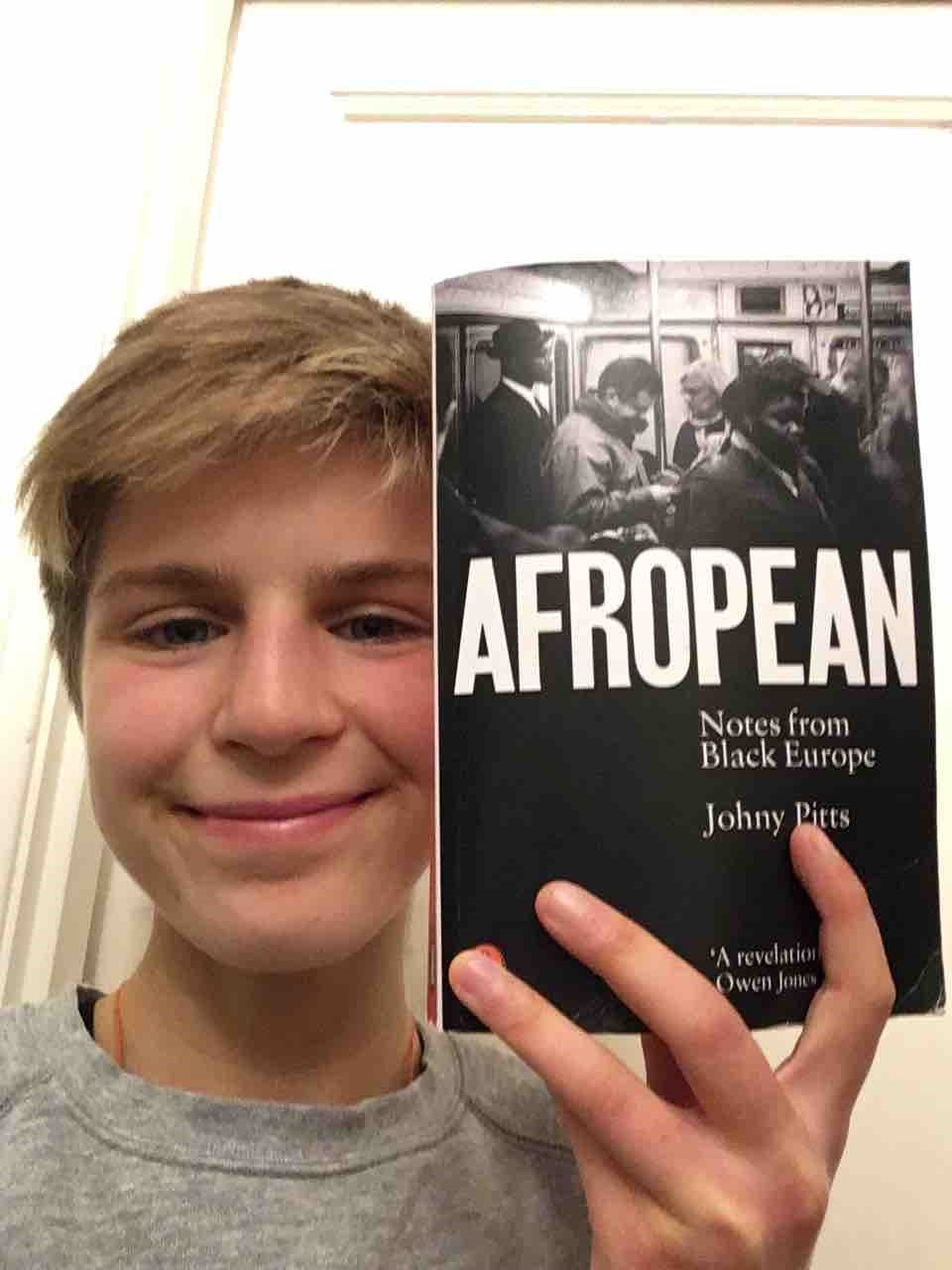 It is beautifully written in a detailed tapestry of narrative, context and insightful argument and debate. Johny Pits takes us on his journey through both the capitals of Europe and the societies and people that have made them. In each country, Pits looks at its past; all of its past. The bits edited out or hidden away in the basements of museums. He explores the Black movements that have tried to bring attention to the serious injustice within each society and how they have influenced current attempts to do the same. He talks to those on the outside, those whose identity spans continents, wars and revolutions, and asks the question that resonates throughout the book: what is it to be Afropean?

Pits powerfully combines this personal yet societal question with a damning condemnation of the racist infrastructures that perpetually exist and, worryingly, seem to grow stronger. I am woefully ignorant about most of this book's topic. Like many of my class, race and privilege, I have been blindly ignorant of the extent of prejudice and suffering in my society, or rather I have never fully acknowledged it. This cannot continue as it only contributes to the vicious cycle. I would highly recommend Afropean to anyone wishing to learn, to understand and to change.

Something that I agreed with in this book was….

It’s quite difficult to sum up all I agree with in this book but this is what I think is most strong: society needs to change.

Something I disagreed with in this book was…

The areas when I disagreed are areas where I’m ill-informed and typically on the beneficiary side, so I would need to re-evaluate my opinions in light of all I have learnt.

Something new that I learnt from this book was…

The extent to which the Allies exploited their former colonies during WW2.