Participants in Worcester's Bookshelf project are all in year 11, 12 or 13 at UK state schools. They are asked to review the book in no more than 300 words, as well as to respond to the three prompts at the bottom of the page. Here Killian Robinson, who is studying atCaedmon College reviews Elizabeth Kolbert's book, The Sixth Extinction: An Unnatural History: 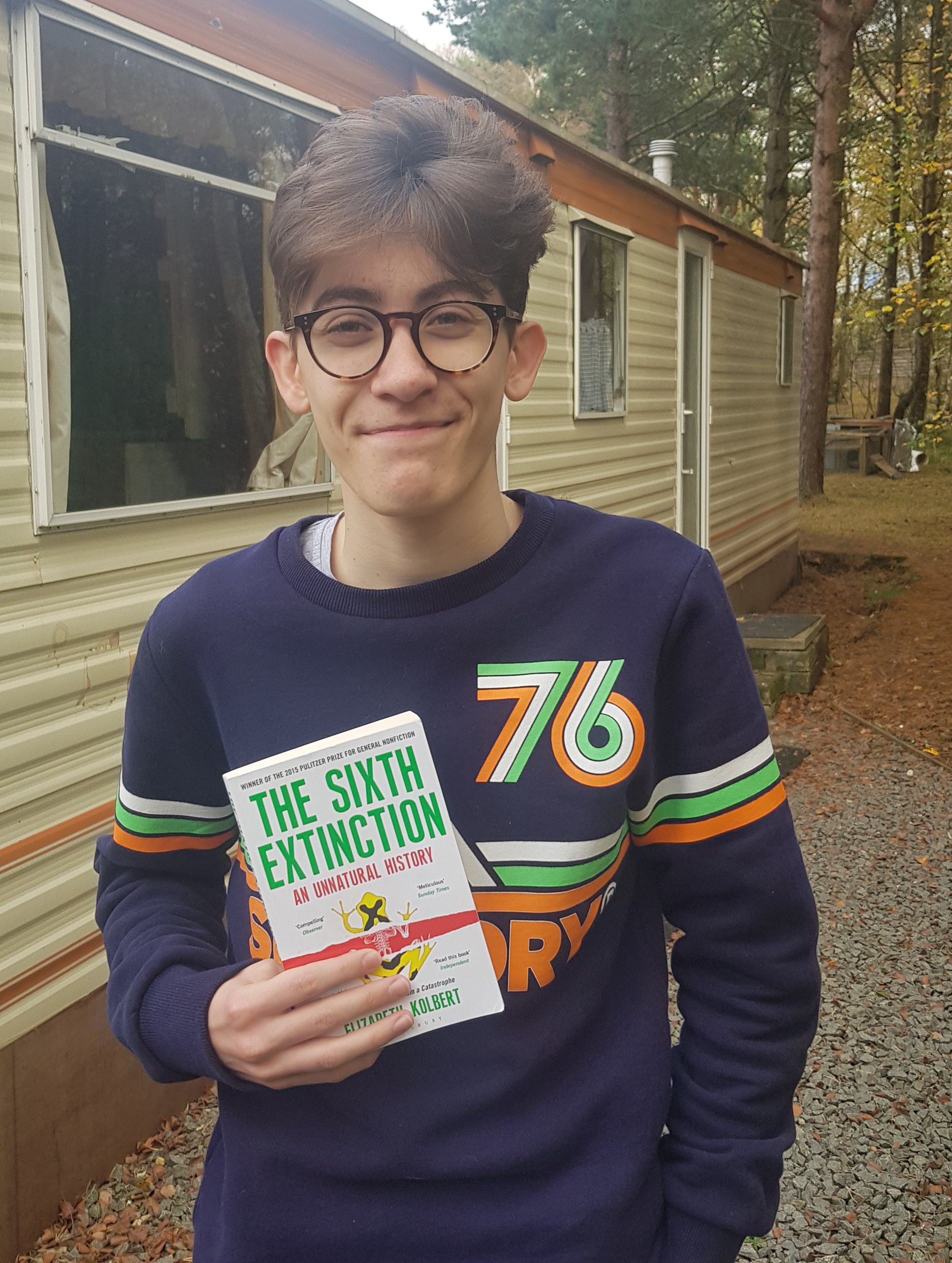 The Sixth Extinction: An Unnatural History by Elizabeth Kolbert is an elaborate read, both interweaving the concept of extinction with the array of extinctions that have occurred during earth's history and detailing the extinctions currently arising as a consequence of our global crisis.

Yet, Kolbert does not wish to present the reader with solutions to solve climate change, rather, she desires to educate the reader on our environmental repercussions and eliminate the ignorance surrounding the field of climate change. To do this, Kolbert utilises her personal experiences combined with bouts of anthropomorphism to bring the reader on to a more environmental level. Snorkelling to observe the dying coral reefs, in particular,  provides the reader with her personal account of our anthropogenic impact on the environment and how it further exacerbates the decline in coral species. By humanising certain species, Kolbert can evoke sympathy in the reader, thus accomplishing her goal of enlightening her audience on the consequences of climate change, making this book incredibly efficient at delivering its overriding message; that we need to change.

Kolbert is also keen to suggest that it is irrelevant whether we care or not, whether we act is what truly matters. This newfound awareness for climate change makes the reader unable to evade the present mass extinction we have unwittingly produced.

Ultimately, Kolbert is right in believing that our most “enduring legacy” will not be the great works of man, it will be the implications of us humans acting as an invasive species, and if we continue as we are, species will continue to plummet into extinction. Kolbert demonstrates that we must accept that we are on the brink of catastrophe; a conclusion we strive so hard to evade.

Something I agreed with in this book was:

The idea that, through human intervention, the biodiversity of our seven continents combined is becoming no different than if we only had one continent; Kolbert suggests that, as an invasive species, we are effectively producing a new biological mega continent.

Something I disagreed with in this book was:

Kolbert’s beginning chapters don’t discuss our human impact on the environment, but rather elaborate on Cuvier and Darwin and how they established evolution and extinction. Despite the history of these concepts being captivating, I believe the juxtaposition between the discovery of extinction and our effects on the environment didn’t facilitate the delivery of the books overriding message as well as it could have done without these initial chapters.

Something I learned from reading this book that I didn’t know about this subject before was:

An increase in sea temperature transforms the commensal symbiotic relationship between zooxanthellae and coral polyps into a parasitic association, and by producing dangerous concentrations of oxygen radicals, the zooxanthellae are expelled by the coral and this bleaches the coral white.