Participants in Worcester's Bookshelf project are all in year 11, 12 or 13 at UK state schools. They are asked to review the book in no more than 300 words, as well as to respond to the three prompts at the bottom of the page. Here Farheen Muhammad, who is studying at Tiffin Girls' School, reviews James Gleick's book, The Information: A History, A Theory, A Flood: 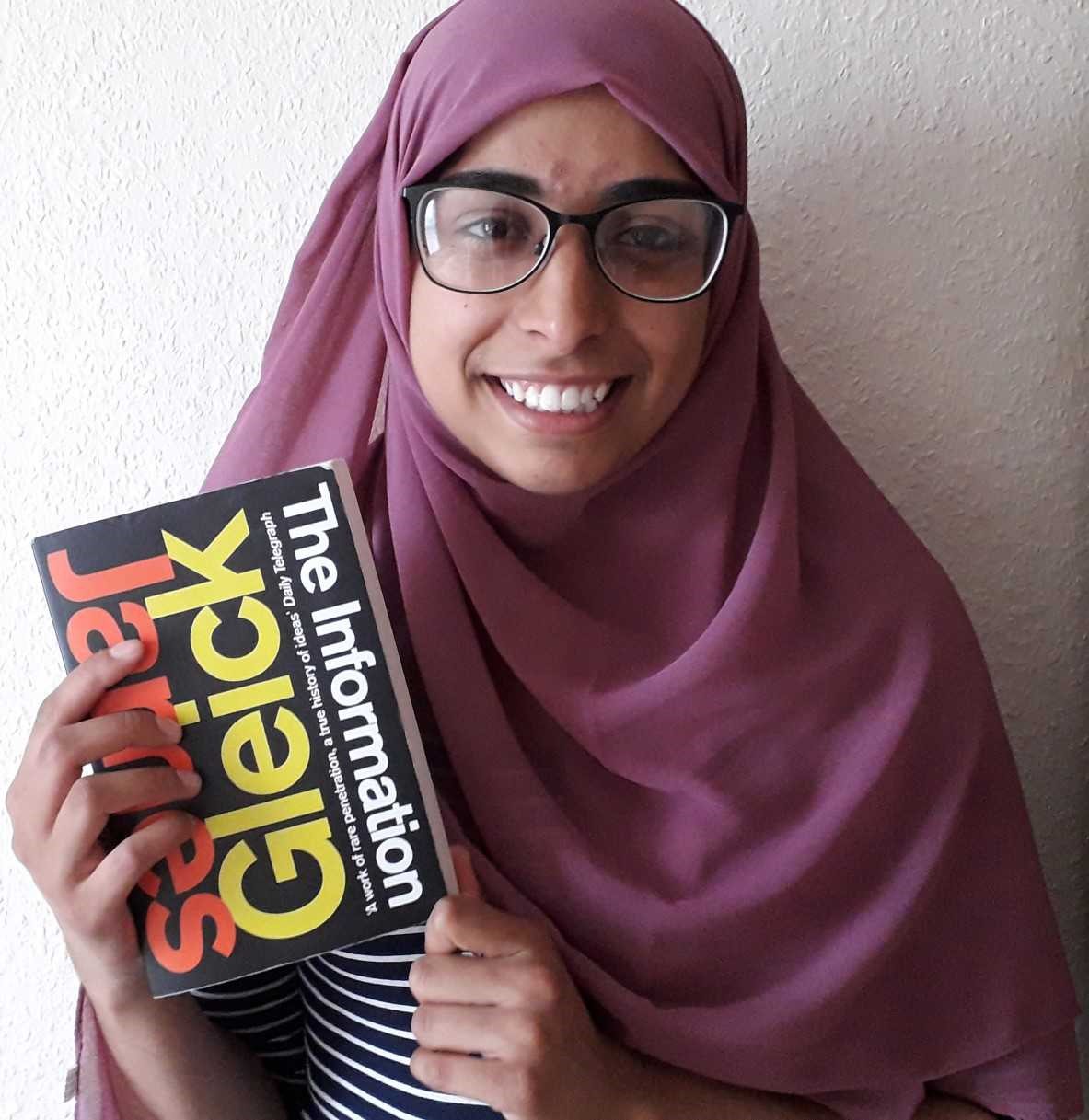 Information is central to the modern world, and yet it is perhaps one of the least understood words in the English language with a huge breadth to its meaning. What is information, and how has it changed from past to present? What will it be in the future? Reading Information by James Gleick unlocks the world of information engineering in a novel way, by starting from the very first seeds of information and taking us through the journey of the development of civilisation from a niche perspective.

Starting off with the development of pure data in the form of sounds and actions, Gleick follows through history by pointing out some of the most table-turning milestones in the ancestry of data development. An interesting differentiation that Gleick makes is between the alphabet and a code. He suggests that Morse cannot be identified as an alphabet since the dots and dashes are not representative of sounds. Instead, he describes it as a meta-alphabet, a layer of data processing in between. Gleick introduces the idea of the transferable nature of knowledge between different subject areas. This is because the meta-alphabet draws on ideas from mathematics, using signs to represent other signs, and this repetitive process eventually narrows down to representing pure sounds.

The origin of code is no less exciting, what with the fascinating interpretations by many different figures in history, William Clauson-Thue, for example, decided to use code as a mechanism to arrange the language of the commercial world into phrases that were identifiable by keywords, leading to a peculiar rise of unusual lexicon.

What is equally as remarkable is how the development of logic and the processing of information led to the widespread growth in an overwhelming number of fields, to include writing and biology/ genetics. Using the gene model and coding each chromosome and gene with unique, simplified codes allowed Claude Elwood Shannon to begin to unpick the idea of gene transfer and cross-breeding in 1939, many years before this idea was rediscovered. In this way, reading this book has shone light on the undercover field of communication and information engineering in an understandable and approachable manner, widening my knowledge of such a fascinating area of growth.

Something I agreed with this book was...

The idea that information originates further back than the start of the classic information era; humans have a natural instinct to store data in context, which becomes information, and this has without doubt been central to the plight to development.

The idea that information transfer has undergone huge developments as the digital age has come in to play; although the methods of information exchange have changed rapidly, the key purpose has remained constant and has been achieved for many years by humans, one way or another. Ultimately, the function of different concepts has resulted the same: humans have been able to communicate over distances that no other species on Earth has managed.

Something that I learnt from reading this book that I didn’t know about this subject before was...

The way that information was initially transferred. Very early civilisations used drums as methods to transfer key messages over huge distances, from village to village, before the innovation of the telephone. What I find particularly interesting is how this originates from many third-world country cultures, which are typically labelled as less developed. Yet this book demonstrates that in many fields, these same countries were in fact the source of inspiration for the modern-day technology to transfer information and data.