Participants in Worcester's Bookshelf project are all in year 11, 12 or 13 at UK state schools. They are asked to review the book in no more than 300 words, as well as to respond to the three prompts at the bottom of the page. Here Charlotte Wilson, who is studying at De Lisle College, reviews Mary Beard's book, Women and Power: 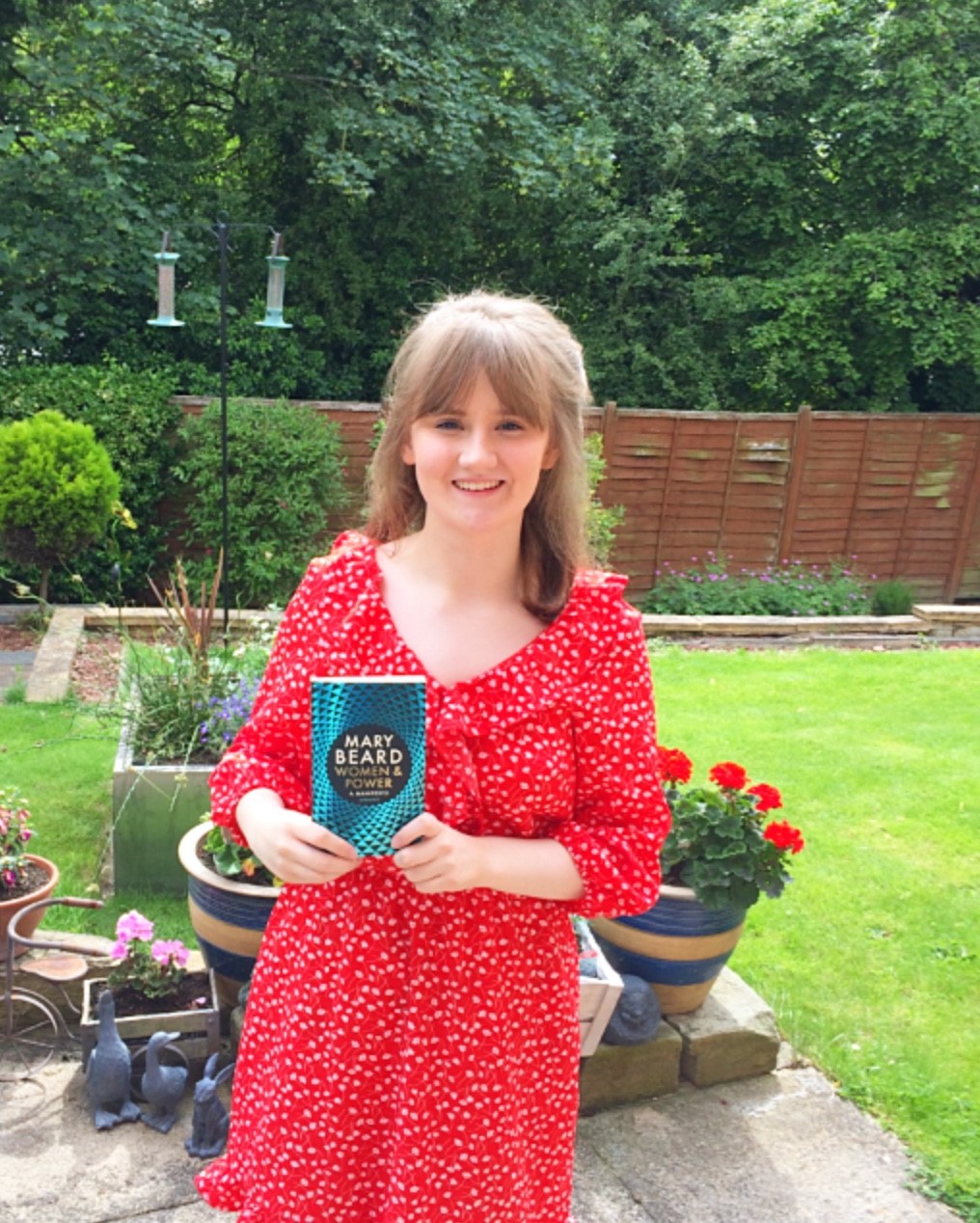 Beard’s Women and Power offers a critical and accessible exploration into the female voice and its repression under the patriarchal construction of power. Beard begins the book by suggesting that this culture can be traced in Telemachus’ instruction to Penelope to ‘’shut up.’’ In this reference Beard places a unique focus on the Odyssey as a sort of Bildungsroman. Consequently she places a focus on Telemachus as a ‘’lad’’, implying that part of the transition from boyhood to manhood is to learn to oppress the female voice and assert dominance such as to alienate women. This may imply that Beard presents the female voice as completely defunct, however, this is not the case. In reality, Beard comes to highlight the existence of the female voice through its adaptability to male domination: Using Philomela’s construction of the tapestry as an example. The creative becomes a distinctly female voice and means of expressing autonomy, something I find even more pertinent when turning back to Penelope. Her creation and unpicking of the shroud is a means of expressing autonomy in response to the male voice of the suitors. Beard recognises that women do have a voice but where the male can engage directly through a voice which is public, women are left to subvert this and left excluded.

In focusing on subversion Beard establishes the rallying cry implied by a manifesto – we must challenge this male centric view of power  and instead think about it through a prism of collaboration to include women. Collaboration, however, doesn’t imply efficiency and it seems archaic to suggest that female inclusion in power rests on a willingness to stand in the background and work for the greater good. This somewhat discredited the value of the book in its neglect of a tangible solution.

Nonetheless, I admired Beard’s ability to parallel the modern to the classical to develop solutions and found it central to Beard’s innovative style and engaging narrative.  Overall, I found the book an enlightening read that I would highly recommend and would love to read more of Beard’s writing.

Something I agreed with in this book was…

Beard’s suggestion that antiquity should not be considered as the foundation of all civilisation but a perspective from which we can come to reflect upon ourselves and therefore a useful means of examining  the challenging cultural relationship between the public voice of women and power.

Something I disagreed with in this book was…

I do not find Beard’s resolution of female exclusion  from power through focusing on cooperation satisfying particularly in her use of the Black Lives Matter movement to illustrate the potential for collaborative leadership to include women. However the movement has faced criticism in its lack of centralised leadership leading to confusion and misrepresentation in its goals where its vital message has been lost, in effect suggesting that the practical solutions provided by Beard are inadequate.

The observation of how the political utilises the classical; Beard does this most remarkably through the image of the Medusa figure being imposed onto female politicians like Clinton and Merkel. Beard in this way made me reconsider what the Perseus myth stands for this instance, i.e. the brutal ending of female power which is perceived to be, unnatural and dangerous. Beard in this instance made me aware of how dramatically Classics can be manipulated and politicised.