Anna Aguiar (The Liverpool Bluecoat School) reviews Alexandra Wilson's 'In Black and White: A Young Barrister's Story of Race and Class in a Broken Justice System' 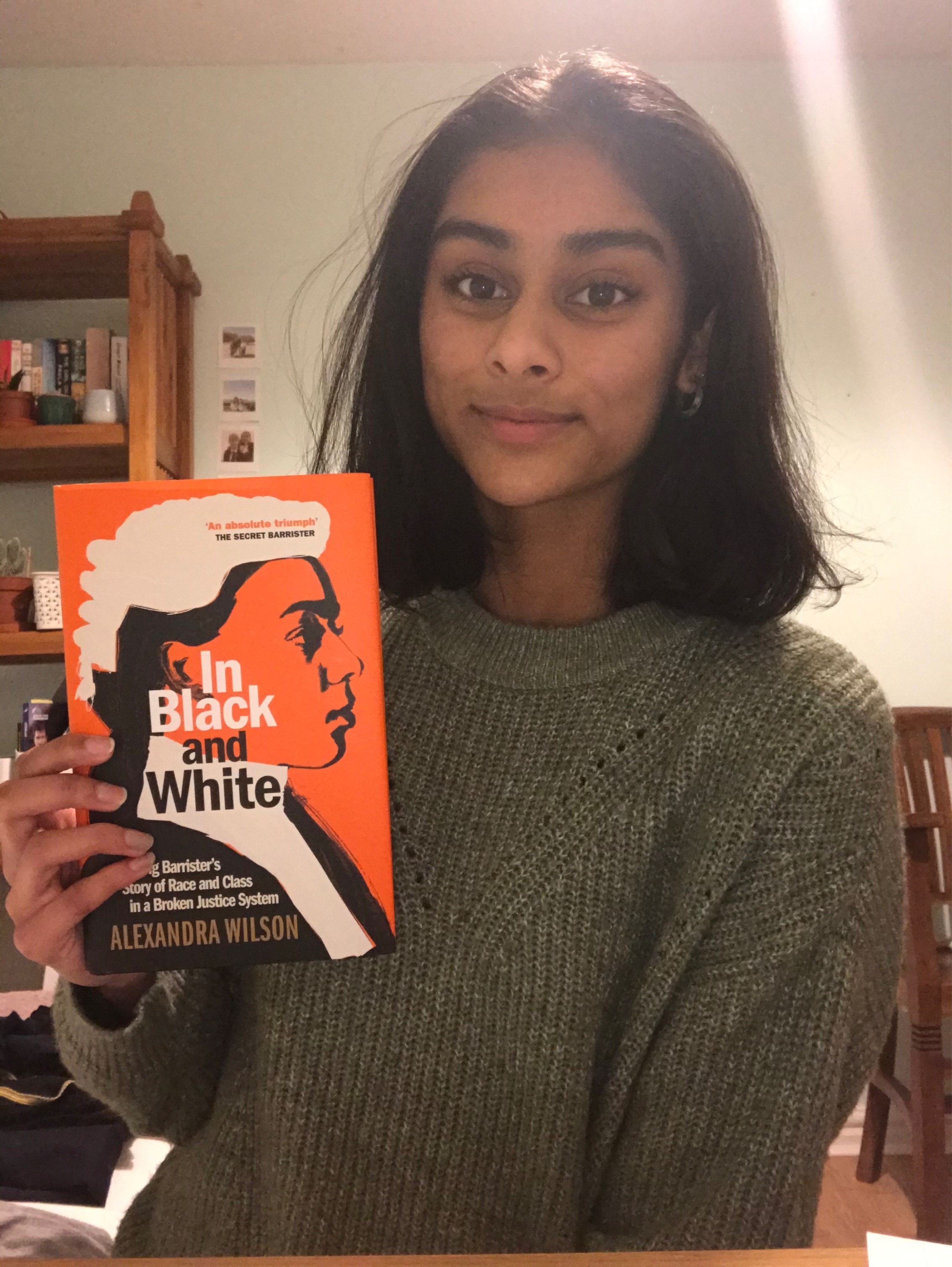 The face of British society is ever-changing and rapidly growing in diversity, yet our justice system has not adapted alongside. Alexandra Wilson’s In black and white: a young barrister’s story of race and class in a broken justice system uncovers how a system fundamental to the protection of the people, has failed those most alienated simply due to their race, social class, or gender.

The male-dominated environment calls into question the equity of the legal system where a woman will certainly have to overcome several more hurdles than her male counterpart during her career to advance in the profession, she will be obliged to choose between motherhood or her ambitions, a very familiar notion experienced universally by women in competitive fields. The so-called ‘macho culture’ of the courtroom acts as another difficulty, Wilson calls to attention the lack of a support outlet for sexual harassment whilst also weaving in her own disturbing experience. It is clear that a male-centric environment proves to complicate rather than ease cases of harassment and thus women within the court system must be elevated in all areas of the law to close the barrier of inequality.

Wilson's narrative as a black barrister confronts some uncomfortable truths of the prejudice inside a flawed system where the most vulnerable individuals of society can quickly become entrapped. What resonated with me was that a young person’s life can become so quickly uprooted by a small mistake. Furthermore, ethnic minorities are disproportionately represented within the legal system and Wilson addresses this by dispelling the stereotype that ethnic minorities are ‘dangerous criminals’ and instead clearly explains how a life disadvantaged by systemic racism and poverty causes deep mistrust in the law and police. Cultural differences are not understood, and bias is unjustly placed upon individuals. Without this being resolved, the disparity between whites and minority groups will only grow.

In black and white is truly a vital read with so much to be absorbed by anyone and everyone.

Something I agreed with this book on…

In order for there to be justice, all members of the public must be able to put their faith and trust into the system, the law must adapt to understand cultural differences and address racist bias.

Something I disagreed with this book on…

I felt that the novel was not very representative of the transgender community and their struggles within the legal system.

Your financial status can hinder you in a law profession, simple requirements like robes and a wig can take a huge financial toll on some people.