Participants in Worcester's Bookshelf project are all in year 11, 12 or 13 at UK state schools. They are asked to review the book in no more than 300 words, as well as to respond to the three prompts at the bottom of the page. Here Alice Thompson, who is studying at the Jewish Community Secondary School, reviews Mary Beard's book, Women and Power: 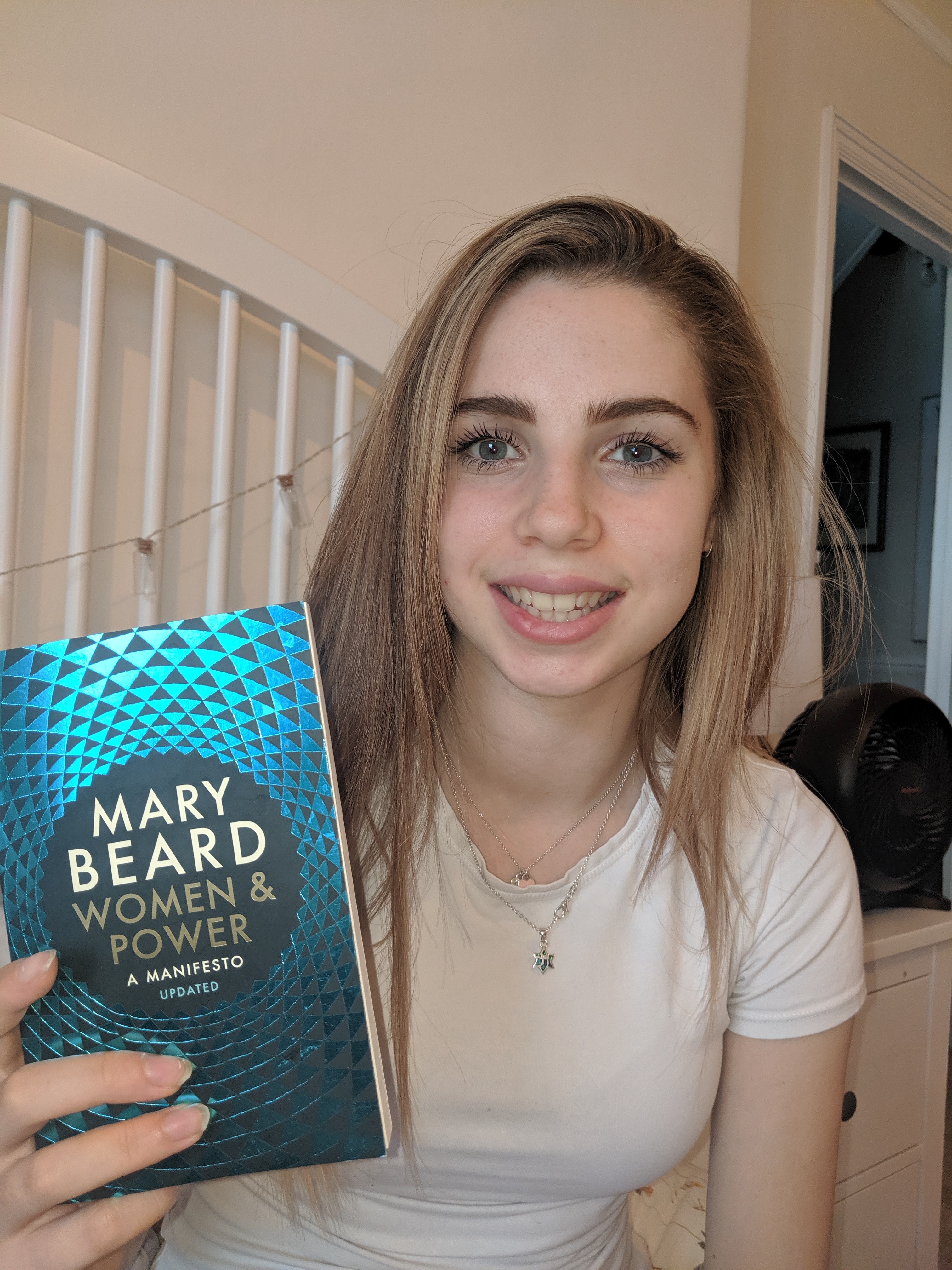 Discuss feminism, and the talk may be about the feminist revolution of the twentieth century. From suffragettes to 1960s bra burners to the fight for equal pay. What’s surprising in Mary Beard’s book is her descriptions of how the classical world included women of power, and how, perhaps less surprisingly, they had to deal with the challenge of institutional misogyny.

Especially compelling is her description of Philomena’s rape in Ovid’s Metamorphoses. It’s a vivid example of the silencing of the female voice in the public sphere; both physically by removing Philomena’s tongue and metaphorically through the passive weaving of her story into a tapestry to denounce her rapist.

But Beard doesn’t confine her exploration of women and power to the classical world alone. She  shows how contemporary high profile women fare in a man’s world, always framing their narratives back to classical references. Her insightful example of Margaret Thatcher describes how the UK’s first female Prime Minister trained her voice to adopt an ‘authoritative’ tone, reflecting the thinking of many classical writers who saw a woman’s voice as a  threat to society. Whilst it is unsurprising that ancient writers living within a patriarchal society took this approach, it is notable that Thatcher also felt the need to conform to this classical idea.

This engaging short book perfectly demonstrates the talent Mary Beard has for taking topical subjects such as women and their place in society and putting them within a classical framework.  Beliefs such as the idea that women who’ve achieved some power are taking something they were never really entitled to didn’t end with the ancient world. The stories of the Classics still have much to teach us. Progress has been made but – even for women today – there is still some way to go.

How a woman venturing away from her traditional role in society will always attract some form of criticism as she is stepping into male territory.

Something I disagreed with within this book was...

The suggestion that Theresa May’s wearing of kitten heels was a political statement, as opposed to possibly being that she simply liked that style of shoe, in the same way that a man may enjoy patterned socks.

How, in the classical world , women weren’t totally powerless and were able to rise up and defend their homes and families.