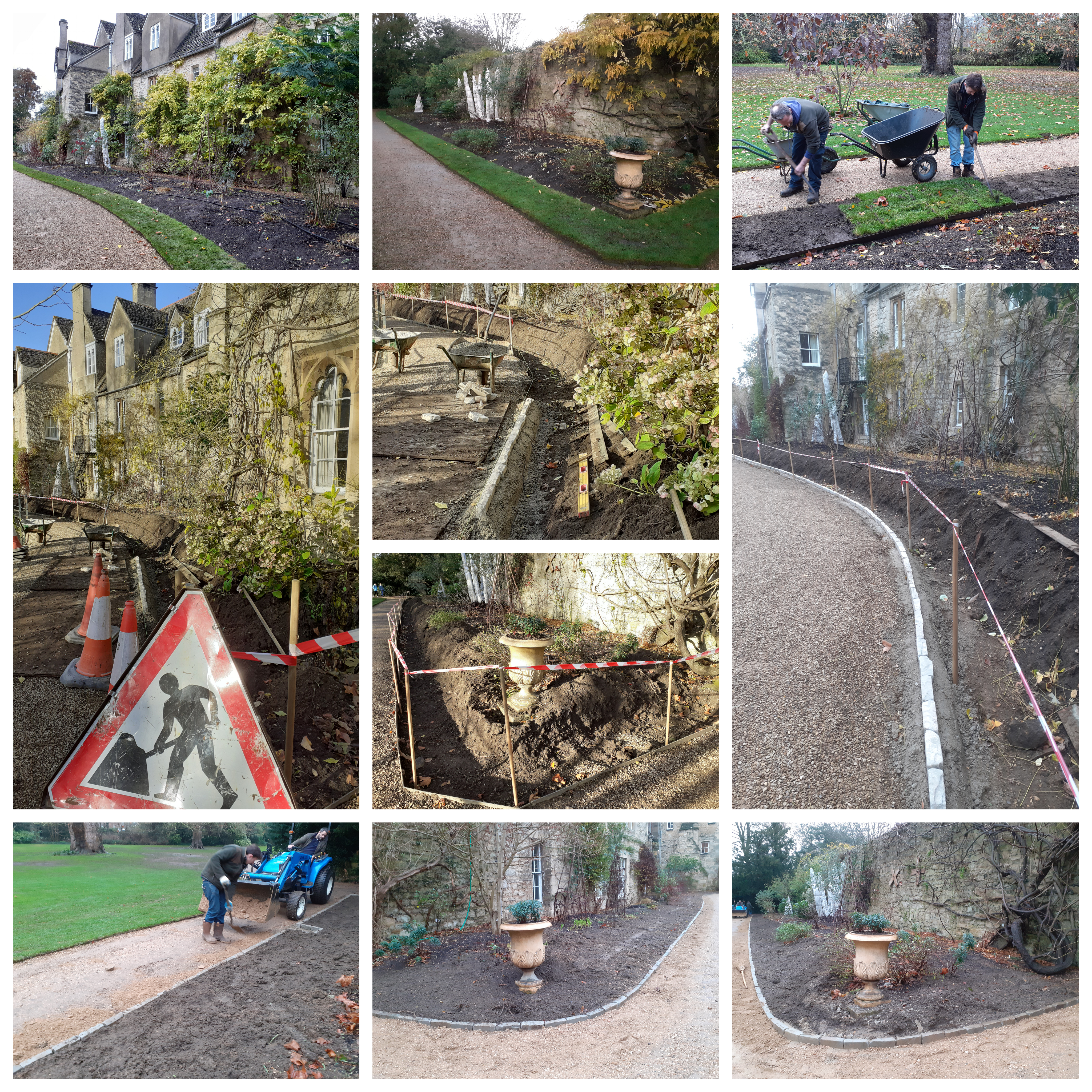 At the start of December, the first of two major changes to the college gardens began. The first project was to deepen the herbaceous border by removing the strip of turf that lay in front of it and replacing it with a stone edge made from Kandla Grey Sandstone setts.

The gardeners, using turfing irons, spent a few days lifting the grass before contractors from J Drewe Landscaping arrived to continue the project. The old metal edging, that once supported the grass, was removed and a string line set up as a guide for the new edge. A channel was dug out along the string line for the bedding and haunching of the stones, and over a period of just three weeks, the edge was completed, allowing the gardeners time to dig through, top up and level the border before the next project began.

With a week remaining before the Christmas shut down the second project began. The border to the rear of the kitchens, affectionately known by the gardeners as ‘The Border in the Corner’, was to undergo a complete transformation from a flower border to an outside study area for the students.

A template of blue tarpaulin was used to mark out the size and shape of the new hard standing area, and once the shape had been agreed upon, the soil was removed in preparation for the construction of the sub-base that would support the new slabs. The stone slabs chosen for this area are a Purbeck Limestone.

After Christmas and New Year, the team from J Drewe Landscaping returned to continue the project. Over a few days the slabs were laid on a wet concrete/sand mix and 24 hours later a dry mix brushed into the gaps. Once the slabs had settled, the new oak table and bench set were put into place, all finished for the return of the students and the start of Hilary Term. 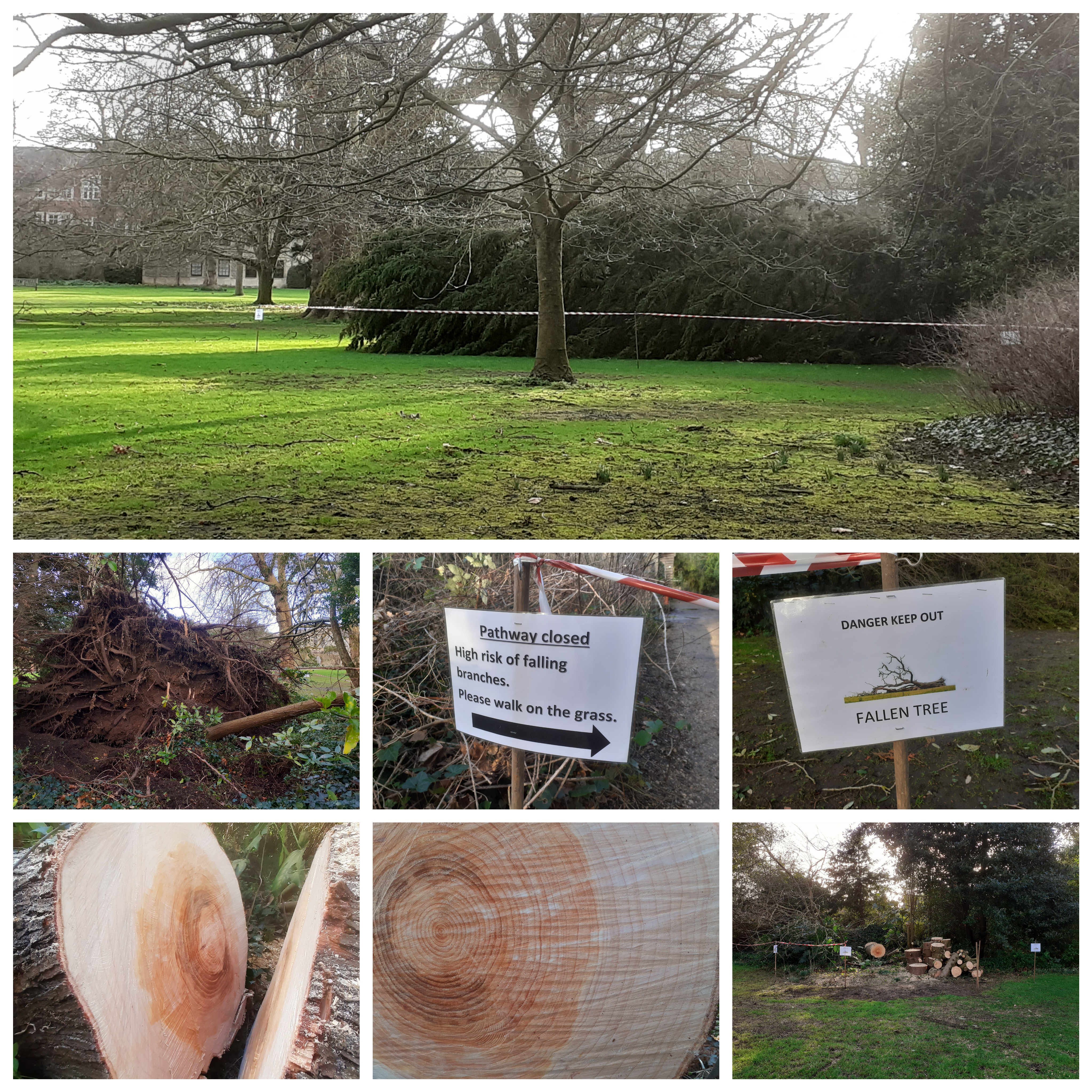 In February the high winds came and had quite an impact on the college gardens. Over a period of three weeks, three named storms swept across the UK leaving a path of destruction behind them. It was the second of these storms named ‘Ciara’ that caused the most damage to the college gardens; luckily the previous storm named ‘Dennis’ and the subsequent storm named ‘Jorge’ had less of an impact.

Before ‘Ciara’ arrived, The Met Office had issued an Amber weather warning advising us to expect winds of speeds in excess of 50-60mph and it was these strong winds, along with heavy rain, that proved a lethal combination for a large, 40 year old conifer tree situated on the edge of the Nuffield lawn. Cleared by the gardeners and the tree surgeons from Sylva Trees, a new upright beech tree, Fagus sylvatica ‘Dawyck’ has now been planted as a replacement.