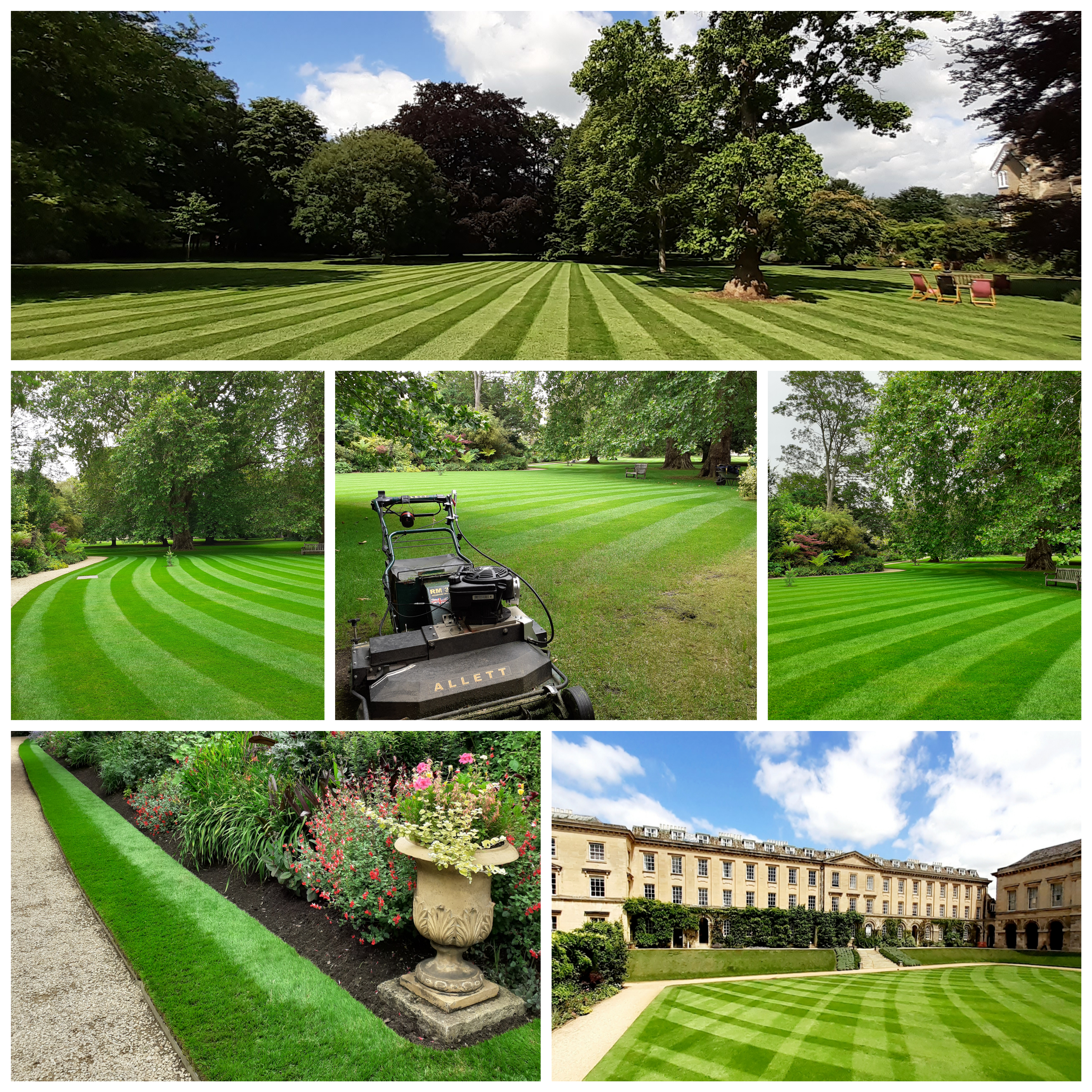 The first three weeks of June was spent preparing the gardens for the Enceania garden party, which was hosted at Worcester for the first time since 2012. We hoed, raked and re-raked paths; weeded borders, power-washed the bridge, dead-headed flowering plants, cut hedges, edged and re-edged lawns, and not one blade of grass was left uncut. We mowed stripes into areas of grass where stripes had never been seen before.

In July we took delivery of a new Stihl RMA 448TC battery-operated mower, which has completely revolutionised the way we cut the grass banks in the front quad. Previously, all of the team were involved in mowing the banks with a flymo on ropes and recovering the far-flung grass clippings, a task that used to take 60-90 minutes. However, with this new, lightweight mower with its 55-litre collection box, we have halved the time it takes to do the job and it requires fewer of us, one to mow and two to edge.

At the end of July we saw record breaking temperatures in Oxford, 36.5 degrees Celsius on the 25th (which beat the previous July high of 34.8 degrees on the 19th July 2006). With rainy days few and far between this summer, it was not until August that we able to take advantage of a rare, cooler, wet day and move in to the greenhouse to give the wooden staging a lick of paint in preparation for the busy autumn/winter which will be soon upon us. 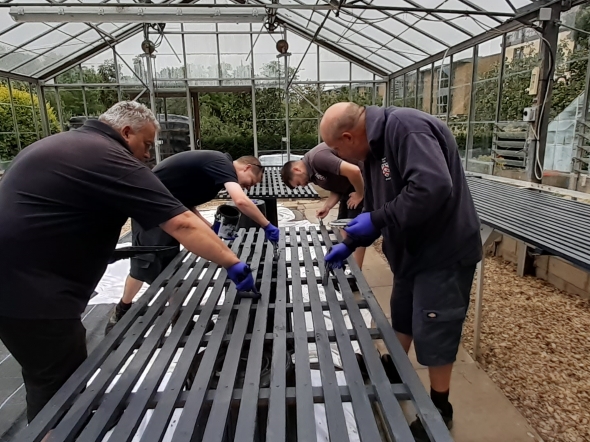