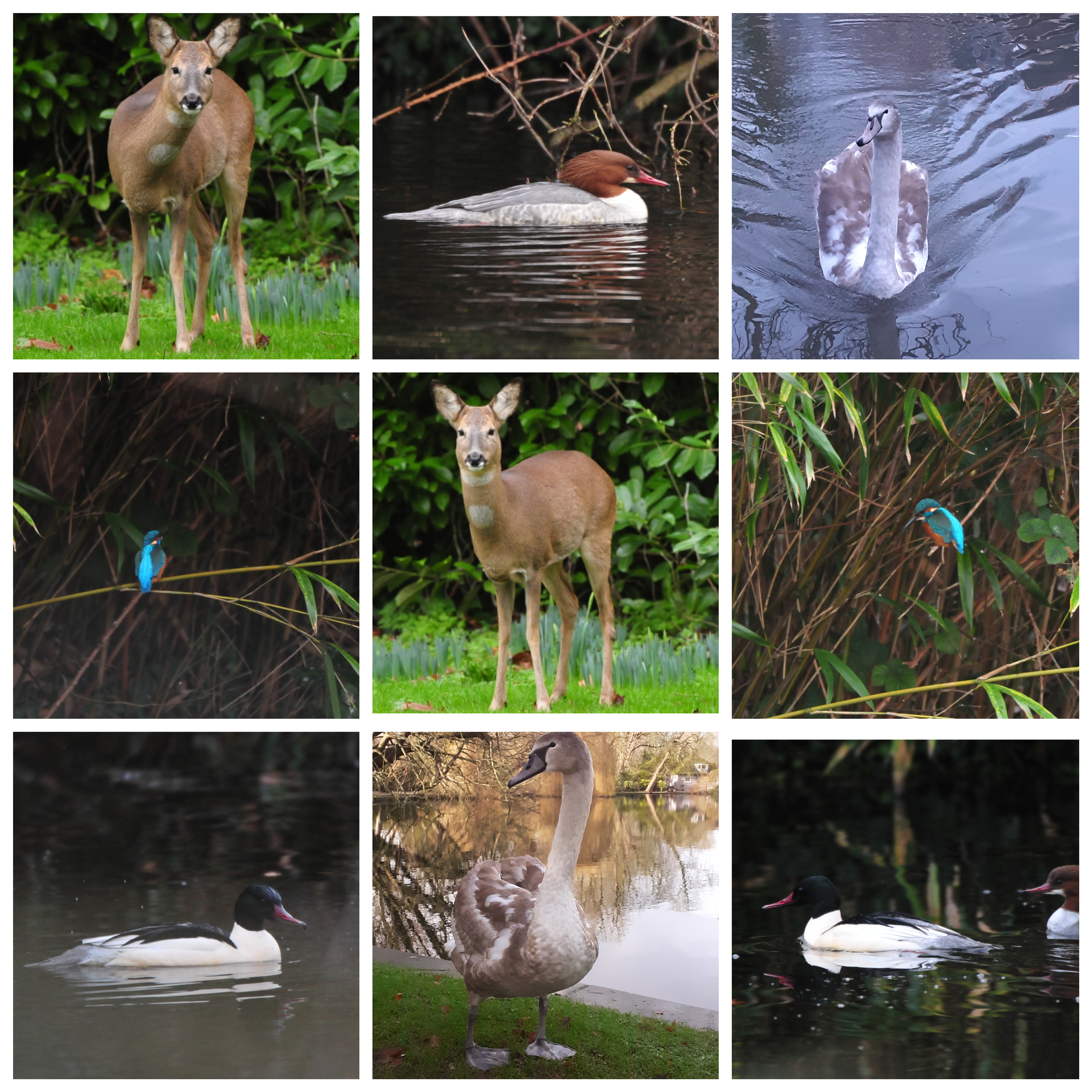 A pair of Roe deer first arrived in the college gardens in the summer and, although the stag has now moved on to pastures new, the doe has remained behind and has been often seen in the Provost’s garden and in the orchard throughout the winter.

The two remaining cygnets spent the majority of their time on the college lake, occasionally moving on to the neighbouring canal with their parents. By the end of the year, at 7 months old, they had left their parents to start their own lives on the canal and the River Cherwell. The adults have remained on the lake and started to build a nest at the end of January.

The Goosander first arrived on the 9th December, 4 males and 2 females, and sightings of various numbers continued throughout the winter, with the final sighting of a pair on the lake on the 12th March. (In the previous winter the Goosander didn’t start arriving until the 14th January, some five weeks later than this winter).

A pair of Cormorant have also been regular visitors to the lake as well as a pair of Kingfisher regularly flying in from the river, not forgeting the heron and otter, all these fish eaters, the lake must be in a very healthy state.