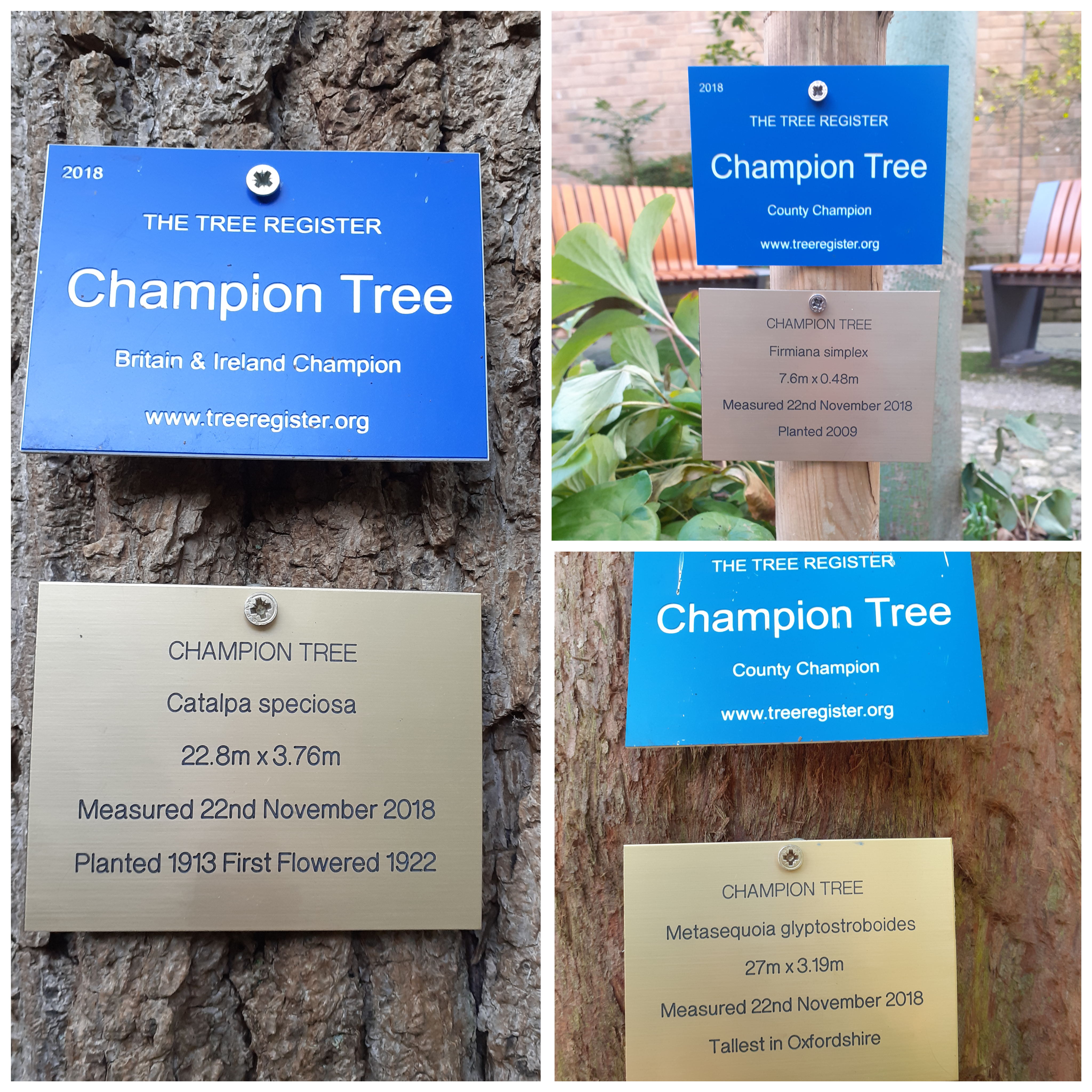 Three new brushed brass effect tree information signs have now been put up in the gardens in response to a visit by David from the Tree Register back in November 2018.

The following two paragraphs are from the Gardener’s blog regarding this visit:

“The Catalpa speciosa was planted in 1913, first flowered in 1922 and was first measured in 2011 by Oxford City Tree Officer, Chris Leyland. Its measurements were 22m tall x 3.58m girth, measured at 1.5m above ground, and it was these measurements that gave it its 'Champion Tree' status as 'The tallest and the largest of its species in Britain and Ireland'.

Prior to 2011 the previous champion was at Radnor Gardens in Twickenham but this tree was felled in 2005, two other trees held the champion status over the next six years until 2011 when the Worcester College tree took the title.

Last month the tree was remeasured and, having continued to grow, its new measurements are 22.8m tall x 3.76m girth, measured at 1.5m above ground, this reconfirms its continued status as 'The tallest and the largest of its species to be found anywhere in Britain and Ireland', a true Champion!