Participants in Worcester's Bookshelf project are all in year 11, 12 or 13 at UK state schools. They are asked to review the book in no more than 300 words, as well as to respond to the three prompts at the bottom of the page. Here Humeera Hassan, who is studying at Bolton Sixth Form College, reviews Laura Ashe's book, Early Fiction in England: From Geoffrey of Monmouth to Chaucer: 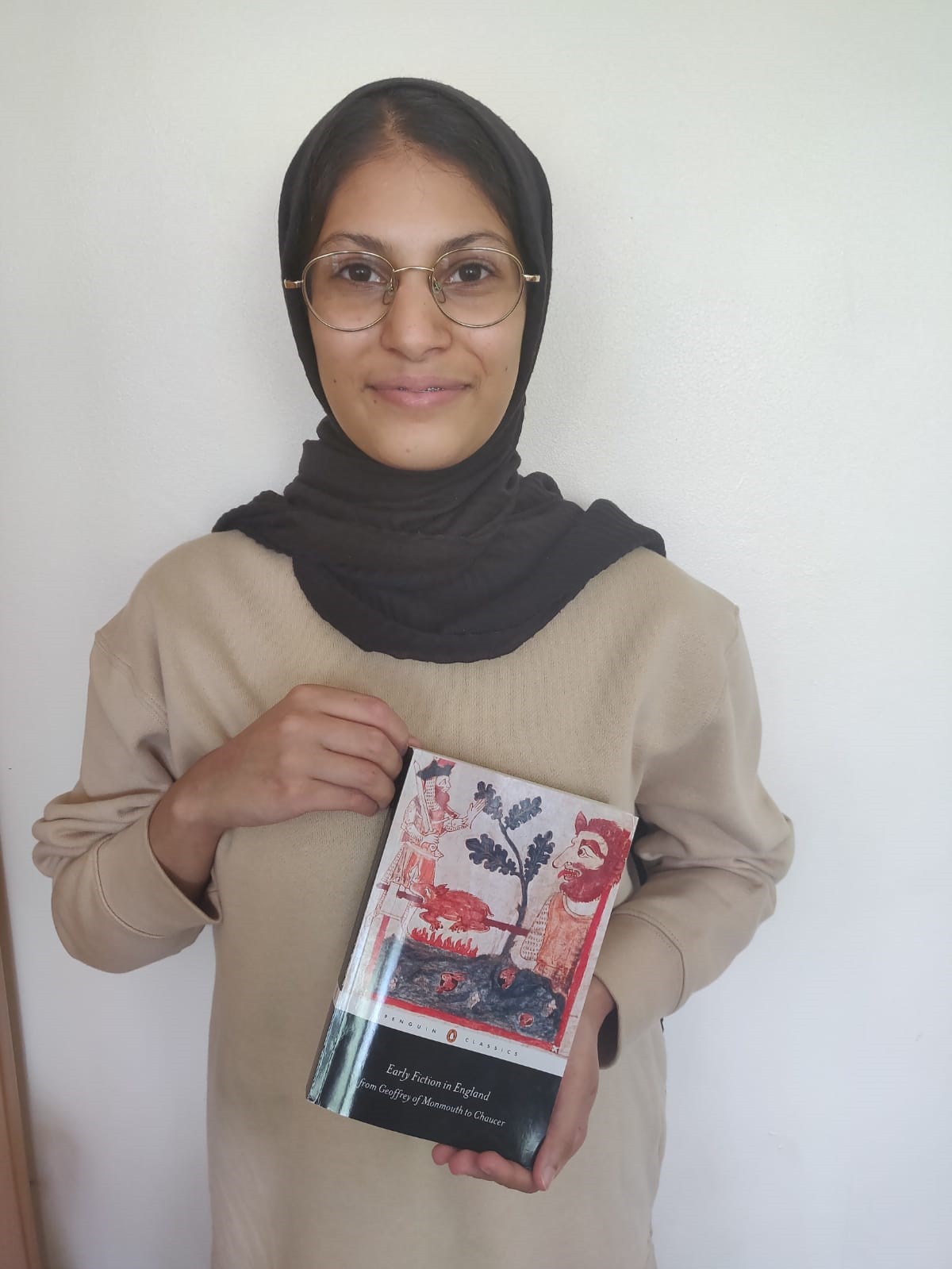 Laura Ashe’s Early Fiction in England from Geoffrey of Monmouth to Chaucer is a great book with an ample amount of information on how fiction came about in English Literature. The book is split into different chapters, each chapter is on a different author and the introductions provide a brief history on each author that played their vital part in allowing fiction writing to become an integral part of English.

Learning about where the authors grew up, what language they wrote in and the time periods they were alive in makes it so much easier to understand the part they played, and how it paved a path for the authors after them to also make their mark. Additionally, being able to read up about the context of the different texts allows us as readers to distinguish how the events at the time the texts were produced impacted the stories that was being written, and how the structures and techniques that were first used then, although they weren’t known as these, are still being used now. For instance, in the 1100s the love stories, the plot twists, the evil character and the naïve character were the reality, and the events of their lives made for great fictional stories, and as it says in the book this ‘made space for later developments’ that allowed fiction writing to progress in England and in the English Language.

This book perfectly describes and informs its reader on the journey that was taken by many, many authors with fiction writing in England. I would recommend it to English students, History students and anybody who is interested in knowing more about the history, context and journey of Early Fiction in England.

When the writer stated that ‘fiction may or may not be realistic, but it will always, when successful, be convincing’, as this allows us to truly fall in love with fiction and appreciate the work of the author.

Something I disagreed with in this book was ...

When the author touched on how fiction ‘might be neither needed nor missed in one era’ as I personally believe that fiction is an essential part of English and it allows authors and readers to explore parts of society and English Literature that many may shy away from.

Something I learnt from reading this book that I did not know about this subject before was,...

About the emergence of fiction writing in twelfth century England, and also the part that the French speaking Norman Invaders played in fiction becoming ‘a contact between author and reader’.