Participants in Worcester's Bookshelf project are all in year 11, 12 or 13 at UK state schools. They are asked to review the book in no more than 300 words, as well as to respond to the three prompts at the bottom of the page. Here Arghya Chakrabarty, who is studying at Roundhay School reviews Vicky Neale's book, Closing the Gap: The Quest to Understand Prime Numbers: 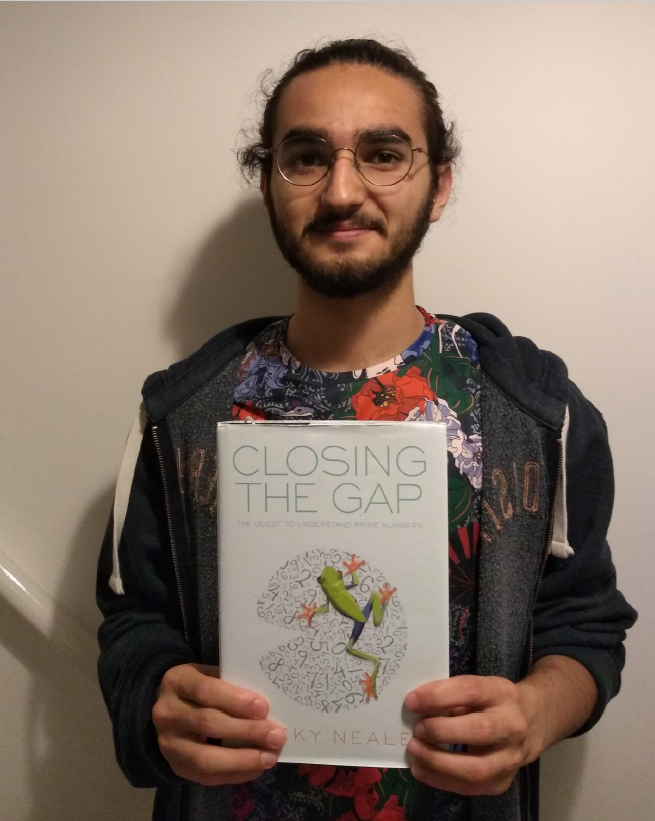 The modern developments in mathematical research, such as the Polymath blog, explored by Neale were very different to traditional views of mathematics. Instead of the image of an individual battling with a theorem, the united effort and spontaneity of Polymath was refreshing to hear. In an age where communication is increasingly made easier, it is only natural for academia to take advantage of this. While mathematicians have perhaps been slow in embracing large group projects, the work done by Polymath on primes that Neale outlines sets a precedent for future collaboration on such a scale.

Parallel to this very modern mathematics is an exploration of the primes through history, from the fundamentals with the Ancient Greeks to more modern explorations into how primes are distributed. Number Theory is often seen as the purest form as mathematics, and as such Neale addresses each theorem from the perspective of a puzzle, solving mathematical problems for maths' sake and not some application of it. This approach invites the reader to think about problems by themselves and to think creatively, an important skill in mathematics.

Overall, 'Closing the Gap' is a refreshing look into maths, exploring some of the most fundamental questions about primes. The collaborative work that Neale underlines in the book suggests a future for mathematical research done in much bigger groups than what is the traditional norm.

That the future of mathematics lies with more collaborative efforts.

The surprising way in which primes, squares and other numbers are constructed from each other.