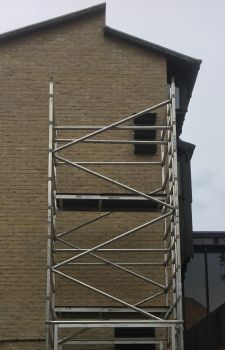 In April/May, the team were involved in another birdbox project. The SwiftCityOxford project is funded by the Heritage Lottery Fund and run by the RSPB and the Oxford Swift City Group. Their aim to provide new nest sites for the swifts whose numbers are in sharp decline.

With Oxford known as a 'swift city', renowned for its large colony of nesting swifts in the tower of the Oxford University Museum of Natural History and, as martlets or as we know them today swifts, appear on the Worcester College heraldic arms.

It was felt that Worcester would be a perfect site for new nest boxes.

Five boxes were applied for and received to put up on the College buildings. With the help of the maintenance team and the tower scaffolding, three boxes have been erected on one of the gable ends of the Sainsbury Building.

Two others have been put up on a wall of the new James Campbell Archive Building and are part of 750 that are now in place in the city as part of this initiative. You can see and hear the swifts in the skies above Oxford, but will they find our five new homes?

Since the snow in early February, the weather has become increasingly warmer and summer arrived early. This  meant we could move the large, tender ornamental plants out of the greenhouse and into the herbaceous border in early May. The giant banana plants, tender trees, succulents and plants from warm climes made the short journey from the glasshouse to their summer home. We finished the planting out of the herbaceous border by the end of May, which gives them time to grow and put on a magnificent display.

Meanwhile, the wisteria at the far end of the quad is producing its own magnificent display.    The team's attention to detail when pruning the wisteria during those cold winter days has resulted in yet another stunning floriferous display. 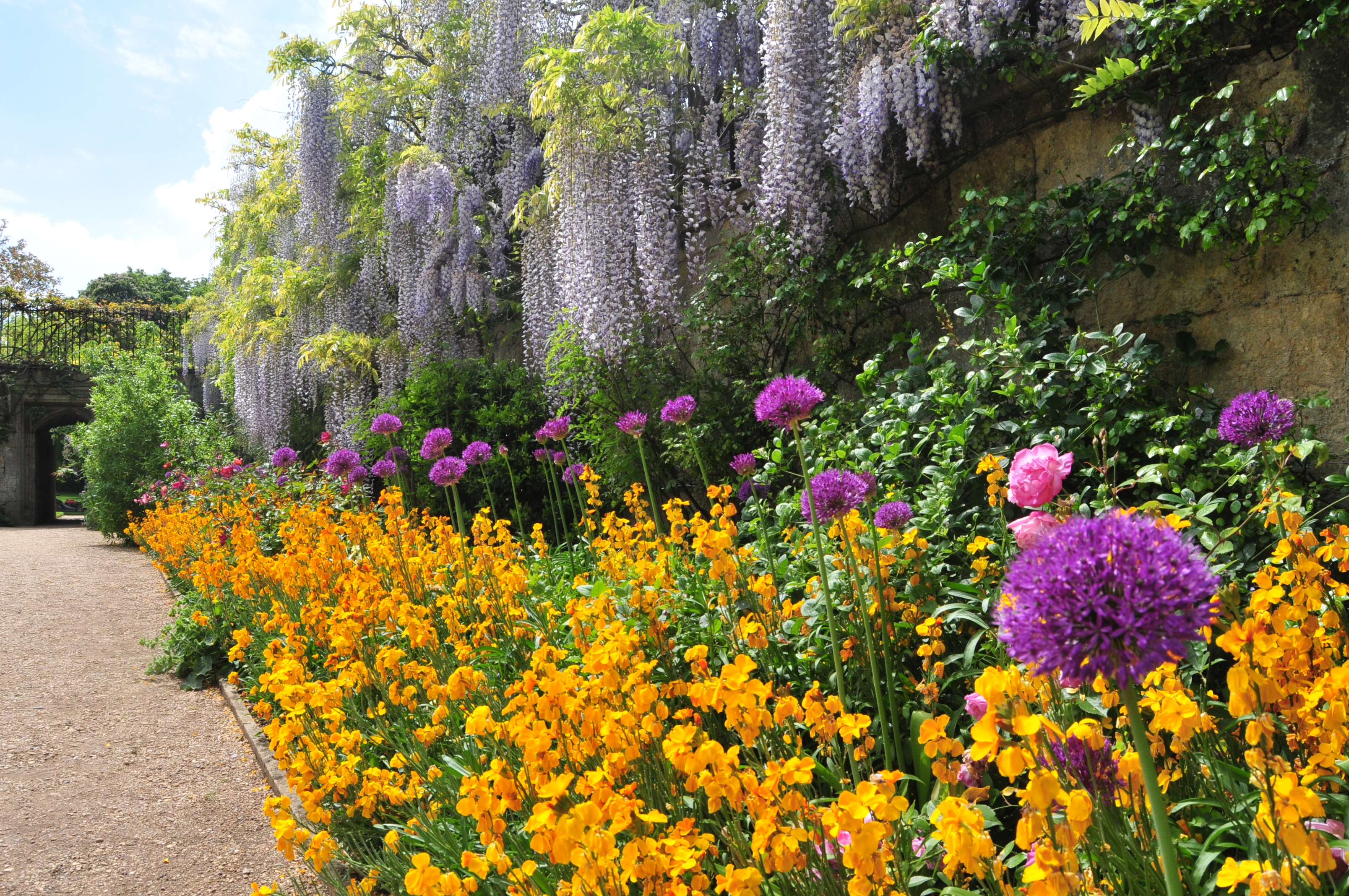