The Royal Literary Fund (RLF) is a UK charity that places writers in universities to help students develop their writing. The principal aim of the RLF Fellow’s work is to foster good writing practice across disciplines and media. Students meet the Fellow on a purely voluntary basis, although they may initially be responding to a tutor’s recommendation. In the experience of RLF Fellows and partner institutions, students at all levels of study, undergraduate and postgraduate, and even staff, see benefit from learning about good writing practice from a professional author. They book into an available slot in the Fellow’s published timetable; they might just come once, or may return several times during the year. 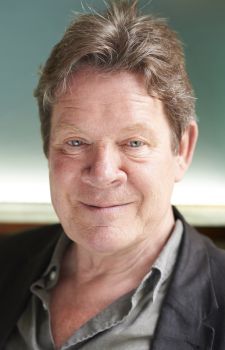 The author of 12 plays, his work has been translated into several languages and performed all around the UK as well as in Germany, Austria, Sweden, Holland and France. He has toured and directed productions in many countries including India, Japan and America as well as throughout Europe. His work has been awarded several prizes, including two Herald Angels, an Olivier, two TMA awards and a Fringe First. From 1977-85, he was the founding director of the still flourishing Actors Touring Company (ATC). He was Artistic Director of Oxford Stage Company at the Oxford Playhouse (1989-99). From 2001-11, he was the founding director of the London-based Company of Angels, which continues to produce new and experimental work for young audiences. Since 2010, John has been an Associate Artist at Bristol Old Vic. Five of his plays for Company of Angels are published by Oberon Books and two by Methuen. John's new play, Hannah and Hanna in Dreamland, opened at the Marlowe Theatre in Canterbury in 2018 and is also published by Oberon Books. His adaptation of JB Priestley’s novel, The Good Companions, for BBC Radio 4 was broadcast last year.  His production of the play, Unicorns, Almost, by Owen Sheers for the Hay Festival in 2018 received outstanding local and national reviews and ran at the 2019 Edinburgh Festival.  John also runs his own playwriting course in Oxford, where he now lives. 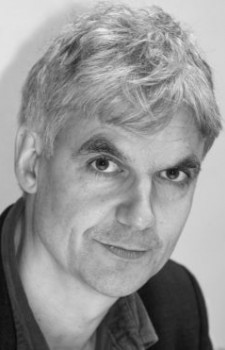 Stephen Romer is a poet, a translator, a critic and an editor. His fifth collection,  Set Thy Love in Order: New and Selected Poems, reaffirms his adherence to the art of the lyrical, text-based poem as a concentrated act of thought and feeling. His fourth collection, Yellow Studio (2008), shortlisted for the TS Eliot Prize, contains a verse memoir of his father, based on the latter’s early diaries, in a variation of life-writing. Stephen has also pursued a career as a translator from the French, editing two anthologies, including Faber’s 20th-Century French Poems (2002). More recently, he published French Decadent Tales (OUP World Classics, 2013) and The Arrière-pays (Seagull, 2012), a visionary prose text by Yves Bonnefoy.

Stephen taught for many years at the University of Tours, and lived in the Loire Valley. He has published widely on aspects of French and British Modernism, producing chapters in academic books, and reviews for The Guardian and the Times Literary Supplement.

He is a Fellow of the Royal Society of Literature and served as a judge for many competitions, including the Stephen Spender Prize for Translation.