Dr Kate Tunstall appointed to the Office of Interim Provost 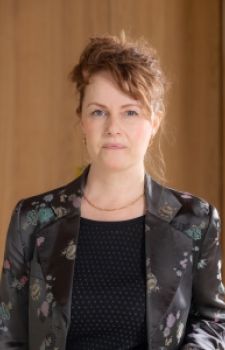 Following the announcement of the extraordinary success of the Tercentenary Campaign reaching its target of £100 million, the Provost, Sir Jonathan Bate, has announced that he will step down in September 2019 to focus on his academic work. The College's Governing Body has appointed Dr Kate Tunstall, who had been due to take on the role of Vice-Provost in October, to serve as Interim Provost. Dr Peter Darrah has agreed to extend his term of office as Vice-Provost, and the College has asked a small group of Senior Fellows to start the process that will appoint a new Provost in due course.

Kate has twenty years’ experience as a Fellow of Worcester College, which she joined as a Tutorial Fellow in 1997 following a Ph.D. in French at Cambridge, where she also read for a B.A. in French and German, and a Kennedy Memorial Fellowship at Harvard University. She has since held Visiting positions at the Université de la Sorbonne Nouvelle Paris-III and the École des Hautes Études en Sciences Sociales. Her Fellowship at Worcester College was endowed by the Worcester Modern Languages alumnus, Sir Lindsay Owen-Jones, in March 2015, in association with the University of Oxford’s Clarendon Teaching Fund.

As many of you will know, Kate is a literary scholar and translator. Her particular expertise is in the writing of the French Enlightenment, with a strong interest in eighteenth-century French visual art. She is as happy collaborating with other scholars as she is working alone: she co-translated the literary masterpiece Rameau's Nephew for a prize-winning multi-media edition (2015), and, following her monograph Blindness and Enlightenment (2011), she is completing another on the literary and material culture of the French eighteenth century, entitled Diderot's Dressing Gowns. Kate is also a highly dedicated teacher. She was herself educated at a state comprehensive school in south London and has a strong track record of enabling undergraduates from diverse backgrounds to gain admission to the University of Oxford and fulfil their academic potential.

Kate says: "What is special about Worcester College? So many things, but the main one for me is that marvellous spirit of collective endeavour on the part of all of its members students and staff. It has always been my great pleasure to be part of that, and I am honoured to be taking up the post of Interim Provost in September 2019. I look forward to working with you all."