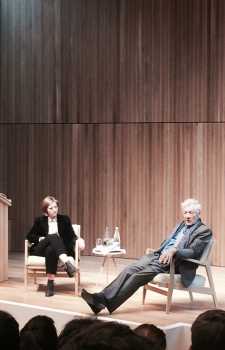 Worcester College, Oxford, is pleased to announce that Maestro Evgeny Kissin, widely regarded as one of the world’s very greatest classical pianists, is to be the College’s second Distinguished Visiting Fellow – an initiative launched by Provost Sir Jonathan Bate, whereby leading figures from the world of the performing arts make occasional visits to partake in the intellectual life of the College and share their gifts with its students. The first such Fellow, Sir Ian McKellen, has already become a familiar face at Worcester.

Evgeny Kissin was born in Moscow and was quickly recognised as a child prodigy. He has performed with nearly all the leading orchestras of the world and won numerous Grammy and other awards for his virtuoso piano performances. He has a particular love of Chopin. Worcester College’s Fellow in Music, the renowned composer Professor Robert Saxton, said: "It will be a huge privilege to welcome this celebrated musician as a member of the college community."

In addition, the College is pleased to announce its latest elections to Honorary Fellowships, in recognition of the distinguished achievements of former students. The Rt Hon Lord Justice Sales (Sir Philip Sales QC) and the Rt Hon Lord Justice Flaux (Sir Julian Flaux QC) are both Lord Justices of Appeal, maintaining Worcester’s long tradition of distinction in the legal profession. The Rt Rev Steven Croft is the newly installed Bishop of Oxford: he is the second Bishop to be elected to an Honorary Fellow, joining the Rt Rev Helen-Ann Hartley. It is also the custom to award an Honorary Fellowship to the Master of Worcester’s sister college, St Catharine’s, Cambridge, so the distinguished nanoscientist and new Master, Professor Sir Mark Welland FRS FREng, is so elected.